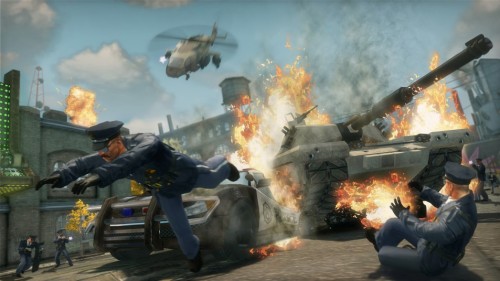 THQ has revealed today their first official trailer for Saints Row: The Third and this trailer also comes with something many fans of Volition’s outlandish sandbox title have been waiting for. A release date of course. Saints Row: The Third will be released to the PlayStation 3, Xbox 360 and PC on November 15th of this year, just in time for the holiday rush.

Of course the trailer itself is more than just a release date, it also helps to emphasize the fact that Saints Row: The Third will be just as over the top as the other two games. Nothing says a powerful gang like your enemies having to scramble thirty or so harrier jets to try and take down your faction. Catch the trailer below.