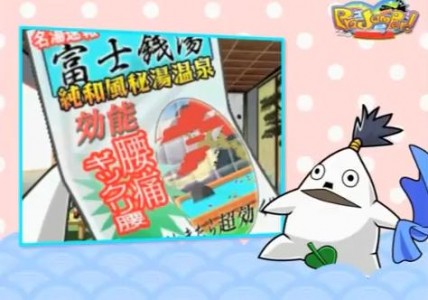 Today is Thursday, and with that comes brand new releases to all of Nintendo’s eShops across the Wii, DSi, & 3DS in the USA. This week’s Virtual Console release is “Tennis” (originally seen on the Nintendo Game Boy), which is simply a tennis game with Mario keeping score. Fans of Guilty Gear are without a doubt the luckiest this week as the beloved Chimaki from Guilty Gear 2 has arrived to the 3DS eShop in his very own “quirky” platformer, Pro Jumper! Guilty Gear Tangent?! in which the mascot is armed with a towel and hungering for delicious apples that can be found throughout each level. Also new to the DSiWare/eShop is a puzzler by the name of Delbo and a new strategy game, Stratego: Next Edition. Wii owners can also pick up the hidden object game, The Mystery of Whiterock Castle.

Honestly this week is a bit less exciting than what we have seen as of late, but I really want to say Pro Jumper! Guilty Gear Tangent?! certainly shows the most promise judging off the trailer alone. You can check out that clip below and check back next week as hopefully there will be even more additions to all three digital platforms.