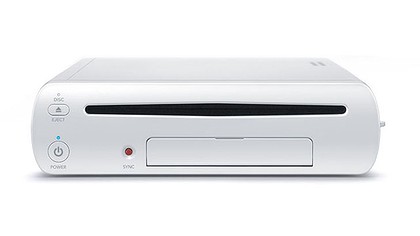 During E3, President of Nintendo America Reggie Fils-Aime told GameTrailers that the Wii U would not use Blu Ray discs for its games but rather a similar disc of their own design. It’s now confirmed by company president Satoru Iwata that the Wii U will not be able to play DVDs or Blu-ray discs. “Wii U does not have DVD or Blu-ray playback capabilities,” he said said at a Q&A with investors. “The reason for that is that we feel that enough people already have devices that are capable of playing DVDs and Blu-ray, such that it didn’t warrant the cost involved to build that functionality into the Wii U console because of the patents related to those technologies.”

A lot of people are complaining about this, because this system that runs faster than the PS3 and Xbox360 can’t run DVDs which the last two generations had as a standard. It’s become expected of video game consoles these days. To people who feel this way I say the following:

1. Chances are, many of you guys also will already own a computer, or a laptop, DVD player, Blu Ray, PS3, PS2, Xbox, Xbox 360, portable DVD player, etc… Do you REALLY need another system that can do that? Chances are your Wii U will sit right next to one of these devices already, and Im sure many of us own at least 2 of those devices!

2. Not including a Blu Ray/DVD player will lower the price of the console. That’s a good thing! Start cheering!

3. Oh come on, are you really surprised? This is Nintendo! They’ve always refused to add that kind of stuff in, remember? Thats why you same guys got annoyed about the Gamecube and the Wii, and many still went out and bought it.

But who cares what I think, what do you guys think? Tell us your opinion in the comment section below! Will not including a Blu Ray/DVD player make you NOT want to by a Wii U?