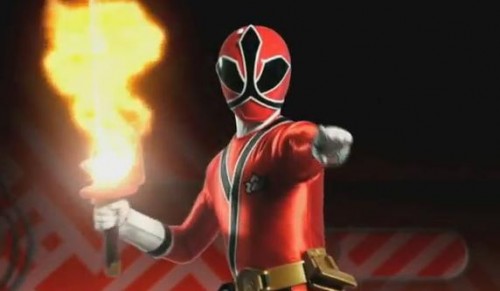 Back in the mid-90’s, while everyone was playing Streets of Rage, I was playing a clone by the name of Mighty Morphin’ Power Rangers: The Movie. To this day I can still dust off the cartridge and enjoy that game all the same as I feel it’s age has held well over the years, which is why I am a bit curious for what Namco Bandai have up their sleeve with their upcoming Power Rangers game, Power Rangers Samurai.

At E3 this year, Namco Bandai released a brand new trailer for the Wii version of the game, which shows that Power Rangers Samurai is going to be a mix of beat-em up & hack-n-slash. The visuals are not exactly stunning, but honestly that doesn’t matter too much as the gameplay seems to do it’s job well. Another note worthy of mention is that if one company knows about how to create a Power Rangers game, it’s Bandai, who of course worked on the SNES/Sega Genesis versions of the game back in the 90’s. You can check out the new trailer below which includes all the Sentai greatness you would expect (along with the awesome remix of the original theme song) and if tell us in the comments if this new Power Rangers trailer brings out any nostalgia. Power Rangers Samurai officially launches on the Wii & DS September 1st.