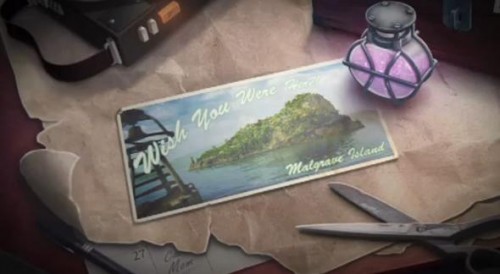 Much like Wii Play: Motion, Mystery Case Files: The Malgrave Incident is aimed at all audiences as the gameplay resembles that of a point and click adventure. That is not a bad thing by any means though as this super sleuth title is looking to be fantastic from what we have seen so far. Imagine you are placed on a mysterious island and had to solve several mysteries while traveling through detailed landscapes where nearly everything could put you one step closer to finding a revelation. That is exactly what Mystery Case Files: The Malgrave Incident brings to the table in this adventure.

Yet another trailer was shown at E3, displaying the mechanics needed to progress and the action packed scenes the player must investigate. Also, multi-player was shown off and by the looks of it, it will be a competition in which up to four must quickly find hidden objects. You can check out the new trailer below and Mystery Case Files: The Malgrave Incident officially releases on June 27th.