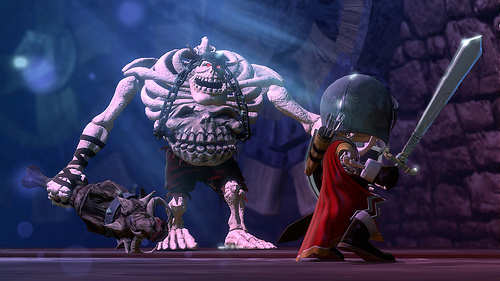 Sony’s conference had alot of movement (pun intended). One of the Move games we got a look at was the medieval themed action game, “Medieval Moves: Deadmund’s Quest”. In “Medieval Moves” you become a skeletal warrior in as you’d imagine, medieval times. The Move controller becomes your sword, bow and something that appears to be a shuriken (how that fits in with medieval times, I do not know.) It’s still a little hazy as to whether this is a continuation of the late great Medieval franchise. Lets hope it’s not and it’s just a large amount of coincidental similarities. Check out some gameplay footage below!