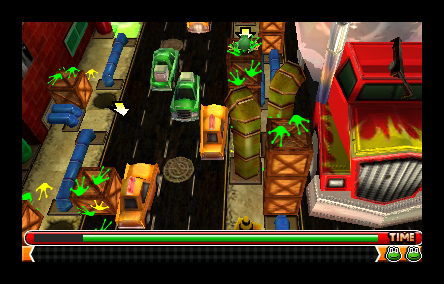 MasterAbbott caught up with Tak Fujii Producer of his soon to be released 3DS title Frogger 3D at this years E3 Expo 2011.  Everyone’s favourite little green frog is back with some really cool remake. Fujii go through all the new features and also some old school updates that he’s throw in into the game.

Frogger is defintely a classic and to see it in 3D form will be exciting and nostalgic, albeit a little frightening.  Frogs are already creepy and having their nasty, little buggy eyes popping out at you even more is insane.  Luckily, the Frogger is a little cuter than most ribbiters.

What do you think? Will you be investing into the the hip, new Frog?