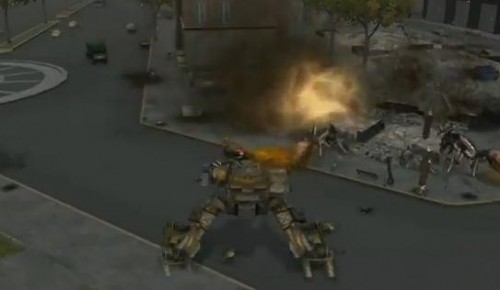 We are just under two weeks away from the launch of Earth Defense Force: Insect Armageddon, and to celebrate D3 Publisher has a brand new clip that displays the Mechs in the game doing what they do best, destroying alien bugs. Mechs play a role in EDF:IA this time around (much like the first), and while there are a vast number of weapons for players to run wild with, these machines appear to be crucial to taking down those large, multi-legged foes. Co-op will also be a huge element of the game, where players can create a squad of up to three with four upgradable armor types to wipe out everything that even closely resembles an insect.

I have mentioned before how the first EDF slowly became a cult classic over time, but from what we have seen so far, this sequel could very well propel the series to new heights as it is obvious this follow-up has been crafted with a lot of love and will be a title that simply rewards the player for being as destructive as possible. Check out the trailer below for yourself and get ready for the invasion as Earth Defense Force: Insect Armageddon launches on July 5th for the PS3 & Xbox 360.