We all know that football isn’t fun unless you share it with other people – it is the world game, after all. EA have found a new way to integrate this into their upcoming football title, FIFA 12: introducing the latest social tool for FIFA, the Football Club. 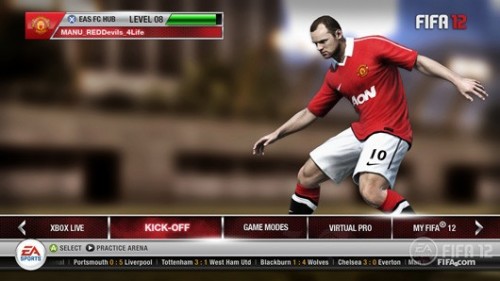 EA announced at E3 that this latest feature will allow players from all around the world to support their favourite clubs, compete against rival clubs for club points, build experience points for their club, and improve their club’s position in the League tables. Players will also be able to participate in “real world challenges” where they will experience and play through real world football events through challenges in the game. Unfortunately, the Football Club will only be available for Playstation 3, Xbox 360, and PC, so Nintendo and PSP gamers will miss out.

FIFA 12 is shaping up to be one of the most anticipated FIFA games yet – with the Football Club, Player Impact Engine, and improved movement controls, the title appears to be taking football realism and simulation to the next level…

…and here’s another piece of good news: the Football Club will come with no additional charge.