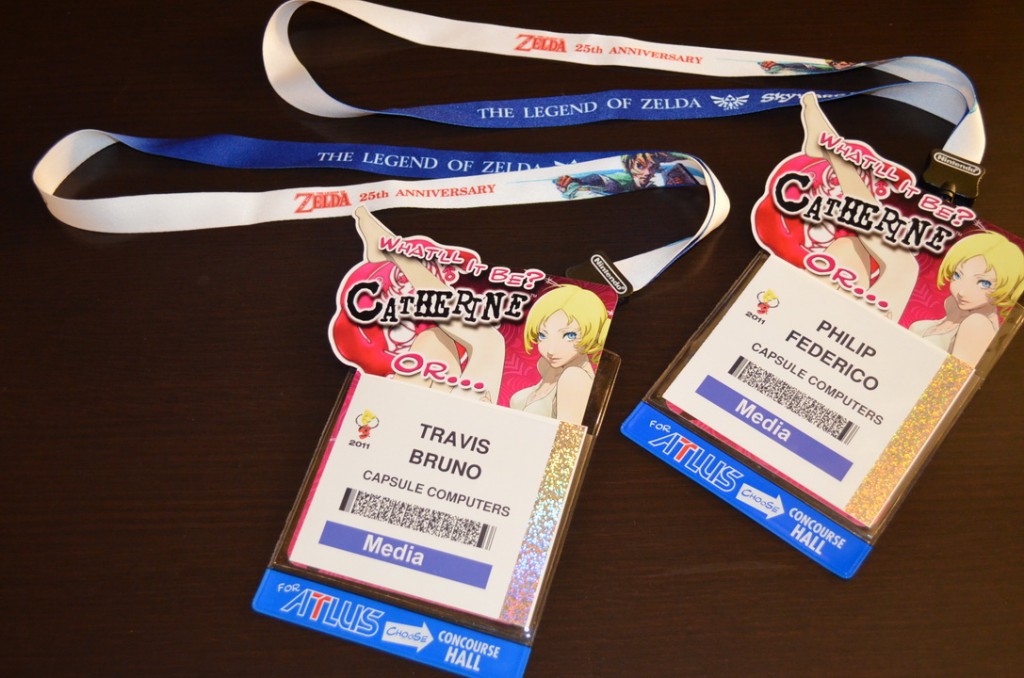 E3 may not start until Tuesday but badge pick-up began today at the Los Angeles Convention Center. After waiting in a very small line both myself and MasterAbott were able to pick up our badges without any troubles. However instead of receiving relatively generic badge holders on straps, we received the above beauties. These badge holders are a cardboard advertisement for Catherine which will be released at the end of July. Also as you can see; the straps feature Link and a bit of an advertisement for Skyward Sword.

The strap also states “The Legend of Zelda 25th Anniversary.” The opposite side of the badge features Katherine, the other main female character of the game as well as a few demonic sheep. The badge allows the wearer to display either Catherine or Katherine if they so choose.  Either way it means that E3 is starting in under a day and a half and we’ll be right there in the thick of it. Stay tuned tomorrow for our Microsoft and Sony coverage and then throughout the week as we cover various E3 announcements and game previews.