The demo itself allows for fifteen minutes of gameplay and I could tell immediately that the serious overtones of Dead Rising 2 had been lightened up a bit due to an interesting new ability that Frank has. Frank now has the ability to grab a zombie and snap a picture with it, literally right next to his face like they were old friends. Of course once he is done taking the picture with the zombie, he throws it to the ground usually killing it in the process. By the way did I mention that the camera mechanic was back? 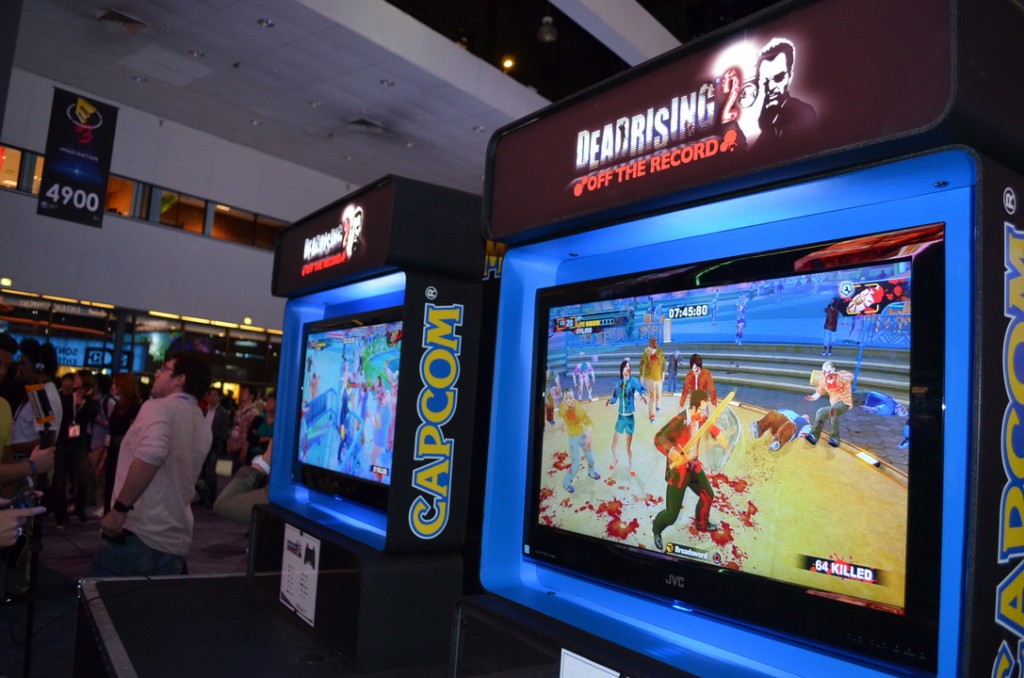 The Uranus Zone was set up with plenty of pre-made combination weapons that are new to Off the Record so we could test them out ourselves. These included a Cryo chamber, which works similar to a barrel from Dead Rising 2, trapping the zombie inside. The kicker is that the barrel then shoots into the air freezing all zombies nearby while the zombie spins around in the air, trapped in a barrel. Another such combo weapon was an innocent enough looking hobby horse that had fireworks strapped to it. When jammed into a zombie it didn’t do anything too impressive before it decided to turn the zombie into a rocket launching into the air.

Of course there was plenty of food laying around and new clothing items that will allow the player to dress Frank up in comedic ways. Also your standard weapons are everywhere, with a shotgun being the first thing you see. Frank still has the ability to create weapons in a maintenance room but the animation when he does it is not nearly as impressive as Chuck’s simply due to the fact that Frank acts like he cut his hand every time he works on something. 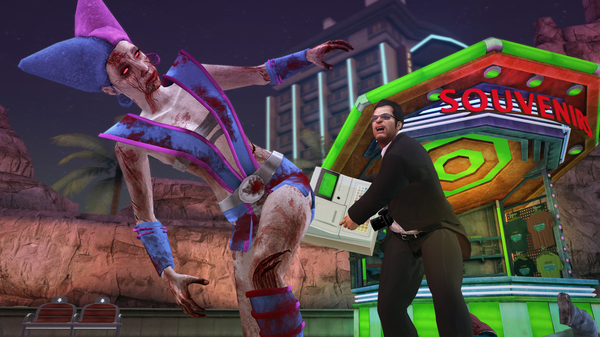