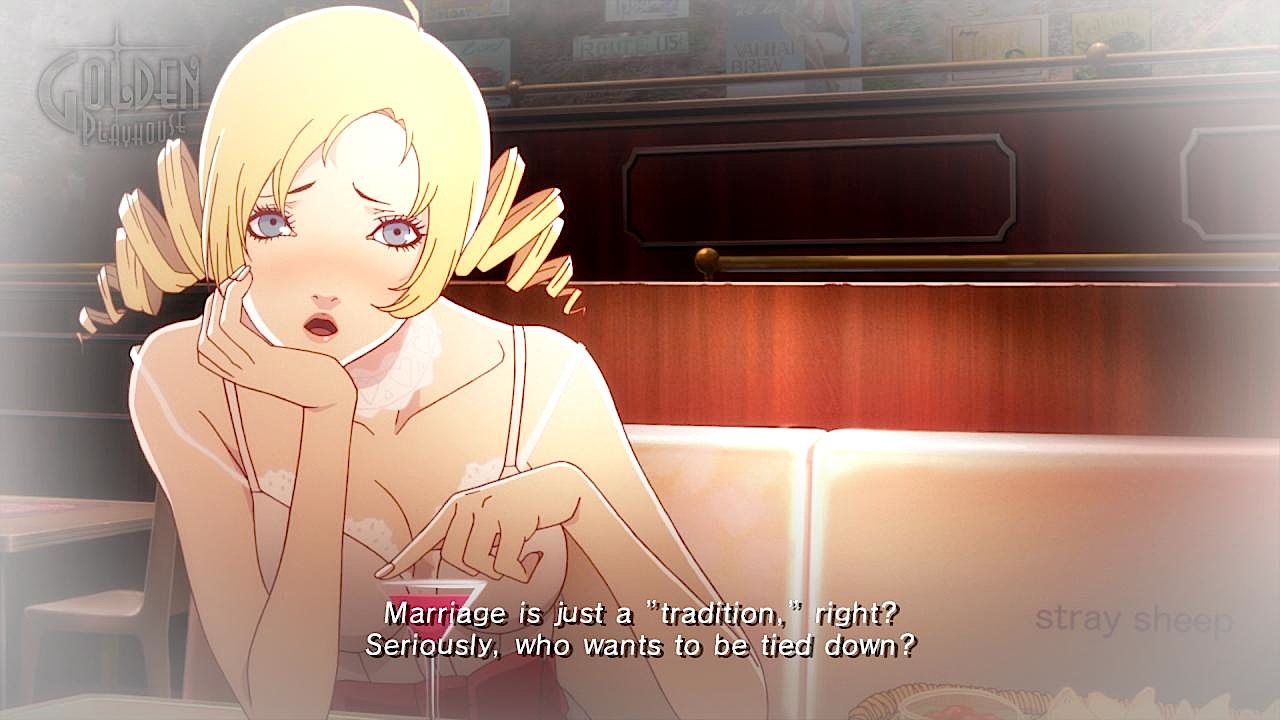 We all knew that when Catherine appeared in front of the Entertainment Software Ratings Board (ESRB) it would be an interesting turn of events. Catherine has managed to obtain an M rating from the ESRB and has been given quite a lengthy description. It appears that the game may be a bit more tame than we thought in the ways of sex, but it sure sounds creepy. Chainsaw wielding babies anyone?

Catherine will be released for the Xbox 360 and the PlayStation 3 on July 26th and is sure to have gamers talking about the contents for quite some time. Now the only question is, will you be willing to buy the “Love is Over” Deluxe Edition from your local store? Catch the full ESRB description below:

This is a puzzle adventure game in which players assume the role of Vincent, a man with relationship issues that are manifested in his dreams. The game transitions between animated cutscenes and puzzle stages (i.e., nightmares); in the nightmare world, players must help Vincent ascend crumbling towers by pushing, pulling, and climbing blocks to reach an exit. If players make the wrong move, they can be killed by spike traps and giant boss creatures (e.g., a demon bride, a chainsaw-wielding baby); death scenes are accompanied by exaggerated splashes of blood as Vincent is stabbed, crushed, shot, or bitten.

During one cutscene, a character is stabbed in the stomach with a knife; a large pool of blood quickly forms under her body. In order to move faster in the puzzles stages, players can order Vincent alcoholic beverages (e.g., mixed cocktails, beer, sake, whiskey); after three drinks, he begins to stumble around when moving. These sequences are accompanied by voice-over narration: “It’s said that chugging alcohol isn’t good for you, but sometimes it’s necessary” and “[T]ake a big swig of cognac!” Throughout the game, sex and sexuality are frequently referenced, sometimes while two characters are in bed together (e.g., “I finally became a man! Got rid of my V-card, BOOM,” “If the one you loved confessed to a sexual habit that you found absolutely unacceptable, what would you do?” and “After all you’ve done to my body . . . Night after night . . .”).

One bedroom sequence pans across a man’s legs, then to his curling toes; another scene briefly depicts a woman caressing her body while making suggestive comments (e.g., “I’ve got such a hunger for these feelings . . . I know you have some hungers as well, don’t you?” ). The game also depicts the central character surrounded by topless female demons—though shadow effects obscure most details. The words “f**k” and “sh*t” can be heard in the dialogue.