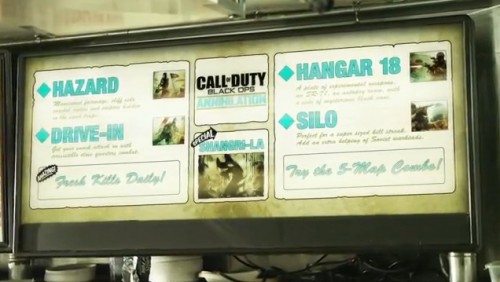 You have to hand it to Activision and Treyarch. When it comes to getting the most out of their licensing of a song they really use the heck out of it. For example we have the song Gimme Shelter as the background music again for the first actual trailer released for the Call of Duty: Black Ops Annihilation map pack.

The trailer itself also features the hamburger cook who appears to be working in less than sanitary conditions. Besides the cook however we are also treated to a quick look at all of the multiplayer maps as well as a better look at some of the zombies and guns we will be using on the new zombie map Shangri-La.