I admit, there are plenty of moments when I still get starstruck and meeting Barbara Eden at Supanova 2011 in Sydney was one of them. Jeannie from I Dream of Jeannie was an iconic part of my childhood when I was growing up and getting the opportunity to interview the woman behind the character was an absolutely incredible opportunity. 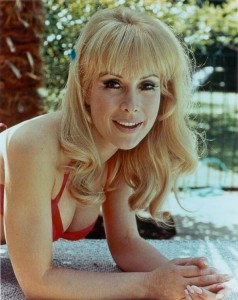 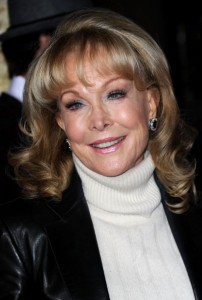 Barbara Eden…still as beautiful as ever.

Barbara Eden has played her fair share of roles over the years, including roles in The Stranger Within, Dallas, 7 Faces of Dr. Lao. She has also created a memoir, titled Jeannie Out of the Bottle, which was released in 2011. We got the quick opportunity to chat with Barbara about her career, the character of Jeannie, and Australia.

Back when you played Jeannie, obviously you influenced her character and she influenced you. To what degree do you think it happened either way?

Well, that’s hard to say. I don’t think an actor can ever tell you that. You’re always pleased when you get something as clear as Jeannie, so you know the ballpark of what you’re doing. But every part is different and you can’t divide it up and say “Oh, it’s 20% this and 30% that!” [laughs]

What is your favourite role that you’ve played besides Jeannie?

Oh my goodness! [laughs] I have several, but I think the one that I really enjoyed – and which my husband likes a lot – is a movie I did for television called Your Mother Wears Combat Boots. It was about the army – the army air force, in fact – and we shot it [at Fort Benning] in Georgia. I think it’s the biggest one in the United States, and you can see it from the satellite station. We had the 101 Airborne shooting with us, and I really liked it: wearing uniforms, and jumping out of airplanes, and doing silly things like that! [laughs]

With Jeannie as well, I guess you had to do a lot of silly things too!

I did physical things! Silly and physical.

Do you feel as though you ever get typecast into one character?

I really don’t know…I don’t think so. I never was in the past. I may be now, but never in the past. I’ve played all kinds of different characters.

Do you prefer playing the fun one or the more serious roles?

I like them both. It depends upon how well they’re written. That’s what makes the difference.

On another note, I was actually talking to a girl outside. She’s about 13, and she’s such a massive fan of yours! What do you think it is about Jeannie that transcends time?

Well, she was so powerful. What little girl doesn’t want to have magic, and be able to change things and live in a bottle with purple pillows? Of course. She’s a powerful figure.

And you think that makes her timeless?

I do…I do. Genies are timeless!

Last question…how are you enjoying the convention?

Oh, I’m loving it! We have the best fans. We really do. They’re just the nicest people, truly.

It must be great to meet your fans. Some people fly from all over the world to meet you.

Here, of course, people have flown in from all across Australia. In the States, I have – interestingly enough – met people from Australia [laughs]. They came to my book signing at Barnes and Noble in Los Angeles. It’s awesome.

Us here at Capsule Computers would like to thank Barbara Eden for her time in this interview. She’s an absolutely lovely person, and somehow has managed to preserve all of her beauty throughout the years.

If you would like to see more coverage from Supanova Sydney 2011, including interviews with Sean Maher, Amy Acker, David Nykl, and Neil Kaplan, you can check them out here.