Unfortunately at E3 this year NIS America didn’t have a whole booth set up; but that doesn’t mean they weren’t there at all. NIS America had attached themselves to the Tecmo Koei booth and had set up a PlayStation 3 station where we could check out their upcoming JRPG Atelier Totori: The Adventurer of Arland. 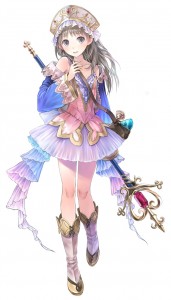 When I got my hands on the controller I joined Totori in the exploration field which also threw me immediately into a battle with a few different monsters such as a large bird and blob like monsters. Despite my unfamiliarity with the control scheme I was able to quickly grasp the few upgrades that have been made to the combat system and finish the fight. One of the initial changes that I discovered was the fact that the characters in the game will actually run across the battlefield and do combat with their enemies which is a small upgrade from Atelier Rorona.

In my party was Totori herself, a young adventurer named Gino and an axe wielding woman named Melvia. After receiving a few knocks from the enemies I was able to pick up that stronger characters, or at least those more focused on full-on combat can support weaker characters. This meant that during an enemies attack I could request that Melvia would intervene during the attack, blocking either Totori or Gino from receiving the blow and receiving little damage in the process. 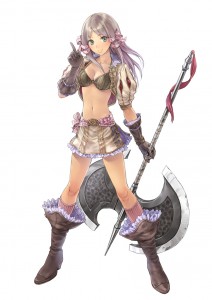 Using items from Totori’s inventory are also useful for combining attacks. In one such case; I used a bomb from Totori and was able to also attack afterwords with Gino to assure the enemies defeat. The quick and easy way I was able to pick up the combat, despite my experience with JRPGs, speaks wonders for the ease that a player will be able to enter the game even if they have no experience in any past Atelier titles.

After finishing off the enemies I was back in the field and I was able to get harvest a handful of different items from the field and make my way to the world map. The world map has seen a huge graphical improvement over the previous game and players should appreciate the change considering how much time they will be spending on it. The map is still used to navigate around the world between areas and I was told that time would still be important in Atelier Totori. The time given for Totori will be five years instead of Atelier Rorona’s 3 but thanks to the larger map of Atelier Totori players will still need to manage their time closely.

After making my way back into town I was very impressed with the visuals of the title. This is something I had noticed immediately when I began the game as the whole game has seen an improvement. Character models are more detailed than before and the character art of the menu screen and all of the visuals that look hand drawn are as breathtaking as ever, meaning fans should find no lack of visual joy in Atelier Totori. 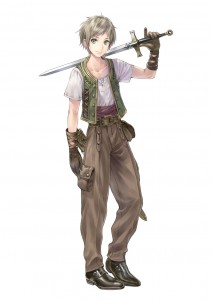 Inside of Totori’s house I tried my hand at creating an item and was told that the various ingredients in the alchemy have been made clearer to the player. Before the different effects of the items you would be placing in a recipe were more of a roll of the dice than actual planning, but thanks to ingredient effects shown under every ingredient you will know roughly what to expect as a final product. Unfortunately I only happened to make a black pile of sludge but the game still let me select the different properties I wanted that sludge to contain, which many fans of the title will enjoy doing when hey create something actually useful.

Unfortunately my time with Atelier Totori had to end there as I had to run off to make another appointment but I can tell that Atelier Totori: Adventurer of Arland is an entirely new experience that has been polished from the gem that was Atelier Rorona. I personally can’t wait to learn more about the title and get my hands on it again when it releases on the PlayStation 3 this Fall. Until then we managed to snag a picture with the crew from NIS America the day before which you can see below; including Phil, myself and the crew from NIS America that were in attendance! 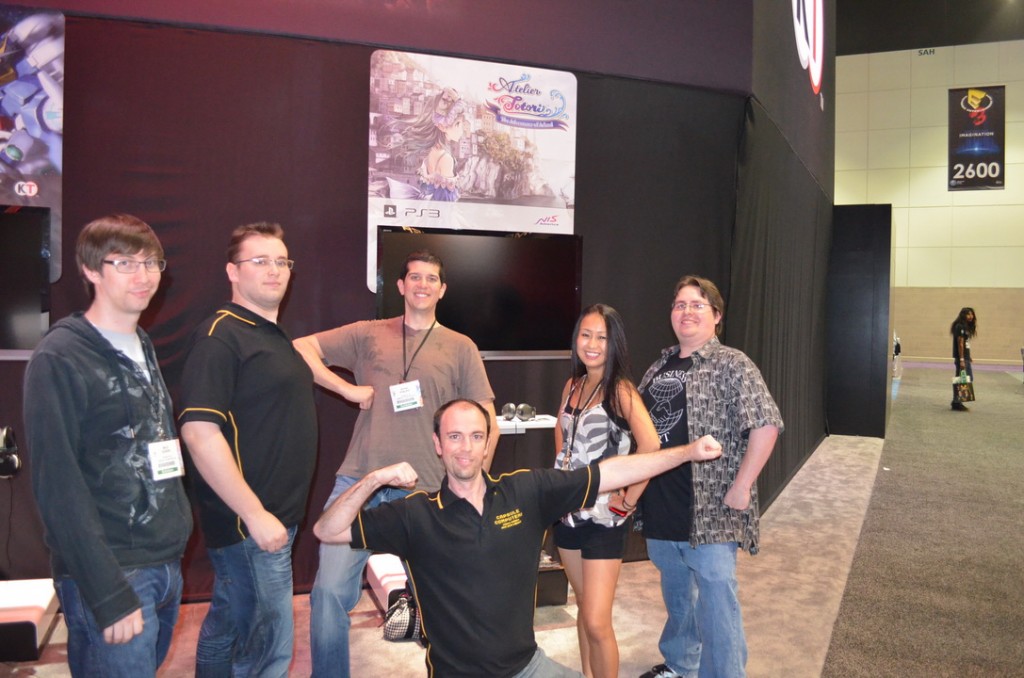