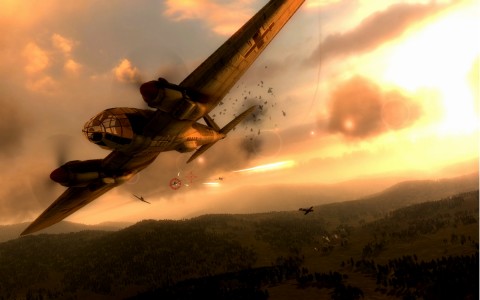 Distributed by Koch Media, the new air combat title developed by BitComposer is set for release tomorrow, 1st July, for Xbox 360, PlayStation 3 and PC. Air Conflicts: Secret Wars will indulge gamers with 3D televisions in full stereoscopic 3D, with this support coming right out of the box. Additionally, the PS3 version of the game will support a PS Move control scheme, enabling you to use motion control in aerial assault.

There will be 49 missions taking place over numerous campaigns during the time of the First and Second World Wars, as well as local and online multiplayer modes for up to 4 players.