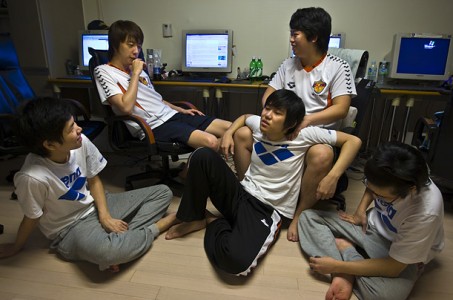 In case you haven’t heard, video game addiction is a big problem in South Korea, and now a new law might kick in order to address this issue. According to Korea Herald a new policy will “attempt to block underage access to online computer games after midnight in light of the risking problem of video game addiction among youth.” Yeah that’s right, if your ages 16 or younger and live in South Korea, it may soon have a curfew on video games. Another policy spoken of is one called “the slowdown policy” where gamers who play for too long will find their internet speed dropping to 56k levels. What a buzz kill!

While this may seem crazy and extreme to us here in the western world, and horrid thoughts of Starcraft freaks freaking out over their net speed race to our mind, video game addiction is a serious problem in South Korea. A particular popular example is of the death of a South Korean newborn child, who died from starvation because it’s parents were so addicted to online gaming, it led to the neglect of their child. However it should be noted that this example involves adults rather than children, yet it’s the young who suffer. Never the less, this has obviously outraged  many in South Korea.

I can’t help but wonder, is this a good solution to gaming addiction or a bad one? I’m honestly not sure. Should we be treating video games like a bad habit like drugs, alcohol or cigarettes? Do games like Counter Strike, World of Warcraft and Call of Duty make us junkies? If so, Im hooked! What do you guys think?