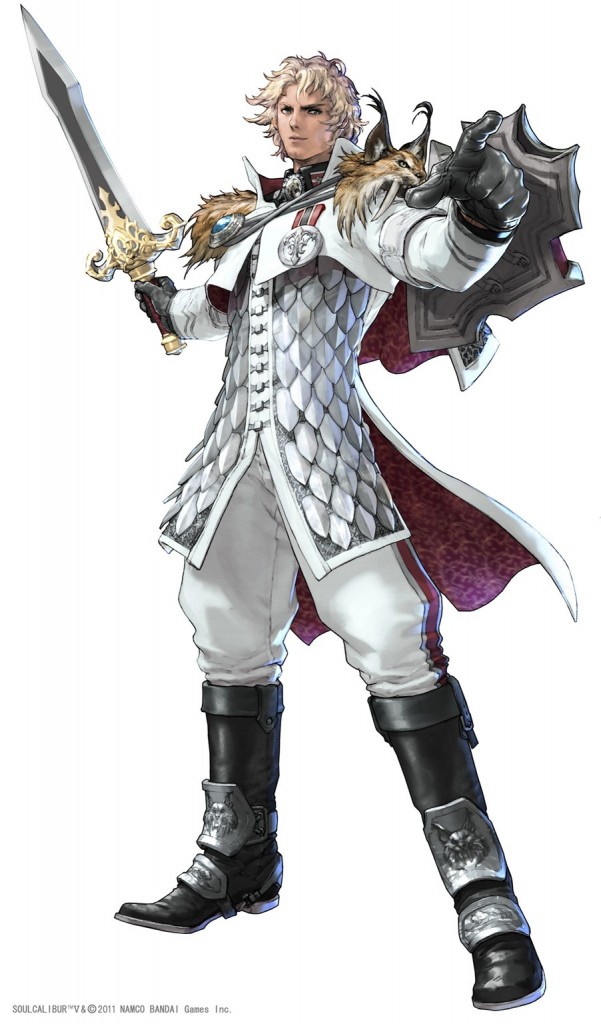 Earlier today Namco Bandai officially announced Soulcalibur V but didn’t give a whole lot of details about what the game would actually contain. Sure there will be new battle mechanics and a new protagonist but nothing was really said about the storyline. That is until a bit later when they revealed that Soulcalibur V is set seventeen years after the events that happened in Soulcalibur V.

Patroklos will be the main focus of the game and he is the son of Sophitia Alexandra. From the character art seen to the right it looks like he will be using a short sword and buckler similar to that of his mother’s, and that he will be wearing quite formal looking attire at that. Also released was the announcement trailer which you can see below, which tells us that the game will be out some time next year for the PlayStation 3 and Xbox 360.