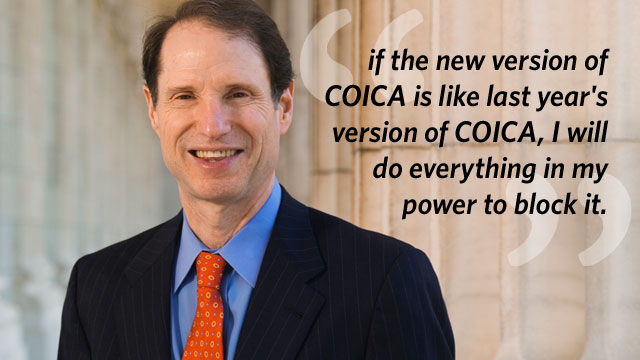 I actually have a lot of respect for this guy. In an age where the majority of people in any position of power or responsibility will roll over with very little pressure this guy has stood his ground. Senator Ron Wyden, an Oregon Democrat continues to be a thorn in the side of all those in favour of trying to pass the COICA bill in the US. After the Combating Online Infringement and Counterfeits Act was introduced late last year by Senator Patrick Leahy it was passed unanimously, but in a law system where individual Senators can uphold pending legislation, Wyden proved to be a brick wall.

Already backed by obvious supporters, such as the majority of Film and music studios, the COICA has attracted the attention of many others who have signed on board such as Nike, Adidas, Viacom, NBC, Chanel and MLB franchises. While the likes of Nike and Chanel may seem a little odd on a list of companies worried about internet piracy, if passed the bill will also give these manufacturers more power over stopping the influx of counterfeit and knock-off products that profit from their IP. (and yes I see the irony of a companies like Nike and Adidas jumping on the bandwagon considering the outsourcing and labour sources they use to achieve such massive profit margins.

Companies have always battled online piracy and honestly all it has proven to be is a complete waste of time, effort and money. You could feed third world countries sometime into the next century with the disgusting amounts of money spent through the American legal systems combating piracy. The entertainment industry in general is undeniably down in sales figures but instead of looking at the current economic climate where a lot of people have to make the choice between buying the latest Blu-ray or I don’t know um…….eating, they blame internet piracy. Since Apple brought ITunes to the world, and music went online, CD shops have been closing down worldwide. This is more a sign of changing technology not a result of internet piracy. Again it all comes down to the fact that these companies count every download as a lost sale, which could be true in maybe 15% of cases.

COICA gives the US government the ability to shut down any website they deem to be breaking any part of the bill. This would include forcing CC companies to refuse payments to suspect sites as well as forcing anyone (think Google), to remove any offending advertising. While Senator Wyden has worked closely with many US industries to combat more tangible counterfeit goods, he feels the internet is “too important to our(US), economy and to advancing American values to be inappropriately regulated and censored under the guise of protecting IP”. Personally I agree with him as it seems to be an exploit the government could use to shut down other sites. 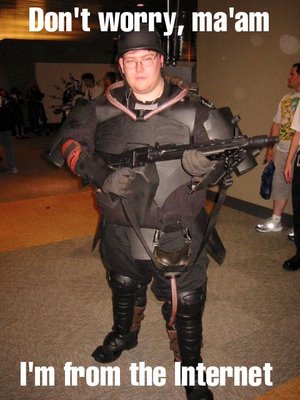 There are many other critics to the bill besides a world of teenagers already pissed off that Limewire doesn’t exist anymore. Google Chairman Eric Schmidt is heavily opposed to the bills passing saying that Google would fight its implementation even if it became federal law. He is quoted as saying “Even if there is a law that requires DNS to do x, and its passed by both house of congress and the president , and we don’t agree with it we would fight it”, he goes on to add that if it was merely a  request , he would have no part of it.

As the months have gone on, Wydens stance has not changed, as he still feels the costs are far higher than the benefits, stating “…I am not willing to muzzle speech and stifle innovation and economic growth to achieve this goal”.

I hope this guy continues to stand his ground as no government should have the authority prevent their people from accessing information. There is a case for major companies to protect their IP but I don’t think this is the way to do it. Giving any government the authority to shut down websites based on their content (with the exception of the obvious underage sex issues), will eventually get out of hand and slowly sites unrelated to the bill will start disappearing. In Australia the Communications minister Steven Conroy has had plans for years to censor the internet in an effort to remove child pornography, already making a vast list of sites to be blacklisted at a federal level. While I’m all for this concept it’s not the right way to go, and is really an excuse to be able to monitor and censor whatever material he and his Family first party deem fit. Sorry, while I disagree with the theft of others property the current solutions encroach too much on my freedom for my liking.