I recently had the pleasure of interviewing a few of the folks over at Red Fly Studio of Austin, Texas about their work on franchises like Ghostbusters, Star Wars, Thor, and especially the team’s original IP: Mushroom Men. The following is the exchange between myself (CC), Chad Barron (CB), and James Clarendon (JC).

Chris Cerami:  I’d like to thank you guys for taking the time to answer some questions for us. I think Red Fly is an excellent developer and I’m sure folks would like to know more about you. Why don’t we start by finding out a little about the studio’s history? When did Red Fly start and what were some of your earlier projects? How big is the team and who are the head honchos.

Chad Barron:  Dan Borth and Kris Taylor started Red Fly back in 2005 outsourcing their art talents (they did the facial animations for Gears of War).  During that time, Mushroom Men was being turned from an idea to an actual pitch document for publishers.  In November 2006, Gamecock Media gave us the green light to create Mushroom Men, so Red Fly as a studio actually began in January 2007. 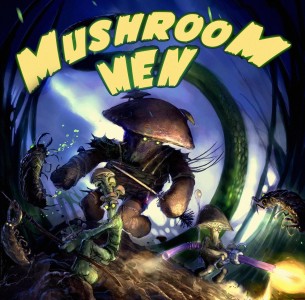 CC:  Mushroom Men had a very unique feel to it, especially among Wii games. Between the soundtrack by Les Claypool, the use of anthropomorphic fungi, and its weapon crafting and salvage system it had a lot of creative features for a 3D platformer. Were there any games, past or present, that really inspired you in creating Mushroom Men?

CB:  The idea of a “smaller than life scale” came about from a level in the original SiN game from Ritual Entertainment.  One idea led to another and we thought “Hey! What about this meteor crashing and mutating things in the environment around the crash site?”  Then we started looking at some of the Army Men series for some added inspiration as well.

CC:  Likewise, were there any games or franchises your team saw that were clearly doing something wrong that you wanted to steer away from? In other words, did you see any other games and think, “Ok, that’s not very good, let’s make sure we don’t do that”?

CB:  Not really.  At this point, we were looking at the Wii system and figuring out the best way to utilize this new control mechanism.  So that was our biggest hurdle at the time. 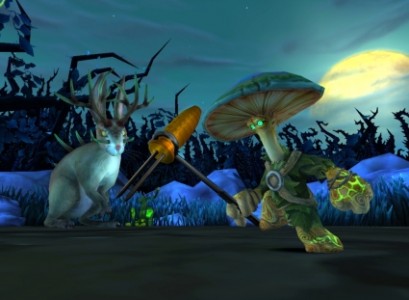 CC:  How on Earth did someone come up with the idea of a civil war between 3-inch tall mushrooms? Did the idea to use the more edible Boletes and Morels as the good guys with the toxic Amanita and Lepiota as antagonists just arise naturally?

CB: We thought fungi would be great because of the cool character’s we could create. And we made it easy on ourselves – edible mushrooms = good guys, poisonous mushrooms = bad guys. 🙂

CC:  When I was playing Mushroom Men: The Spore Wars, I definitely felt some classic sci-fi vibes, like a movie you might have seen at a drive-in during the 50s. Was MM intentionally given a sort of B movie style or was this just an unintentional side effect of mushrooms plus Claypool? If it was intentional, are there any particular films to which you would compare MM?

CB:  We definitely set out to capture that vibe, so we were glad to see people catch onto the quirkiness of it.  I don’t think there were any actual films we could point to besides just the genre in general.

CC:  As much as I would love to ask Mushroom Men questions all day, let’s talk about some of your other projects. You’ve worked on some pretty prestigious licenses in the last couple of years, including Star Wars and Ghostbusters. I would imagine that this had to have been a moment of awe for some of the people at Red Fly. There were probably millions of kids in the 80s thinking, “Man, one day I’m gunna make the most radical Ghostbusters game ever!” (excuse obligatory 80s-ness of that quote). How did it feel getting to contribute something to such huge franchises that are so beloved?

James Clarendon:  Of course it was a dream come true…these were franchises that we grew up with and wanted to do them justice.  Then the reality hit:  we had to live up to those childhood fantasies!  It was a huge challenge finding that right balance between ensuring we were providing a great game experience and still delivering the core fantasies of both Ghostbusters and Star Wars.  In the end, it was one of those “try everything from left field and see what can work.”  The teams were always agile, insanely creative, and willing to dedicate the time it took to get to the point where we were happy with what we were delivering.

CC: Were there any challenges Red Fly faced in working on some of your licensed titles? I would imagine there was some external and internal pressure to maintain the integrity of a license, but there is also sometimes a lack of respect among more jaded gamers for many licensed games (we all do it sometimes). Have you experienced any of that cynicism? Has it helped that Ghostbusters and The Force Unleashed, for example, weren’t just movie tie-ins but were instead more unique creations?

JC: Of course there were challenges, but we were lucky to strike up good relationships with our publishers: they were happy to see that we have flexible teams willing to give anything a shot, and from our point of view, we were happy to have people that supported us and went out of their way to support us as much as possible.  We looked to find the game first, instead of making the license dictate what we could and couldn’t do.  Once we had a vision and things were feeling right, we pushed the game design as much as possible to embrace the license and really make it shine.  There were a lot of long nights, but ultimately we ended up in bringing some fun and inventiveness that set us apart from our 360 & PS3 cousins. 🙂  These are titles that stand on their own, with their own take on the licenses.  We often looked at it as two completely different directors getting the same script:  how would Werner Herzog and Steven Spielburg approach that?

CC: Red Fly recently released Thor: God of Thunder for the Wii. Since your team has created quite a few titles for the Wii now, is there something that instinctively draws you toward the system?

CB: At this point, Red Fly had pretty much made a name for itself in the Wii market, so that is what we were approached with.  Our main goal was to prove that you didn’t need to be a 1st party studio to create a good Wii game.  Red Fly is actually in the process of working on its first PS3/360 game now, so we are moving into being a multi-platform studio.  (CC: That’s damn exciting!) 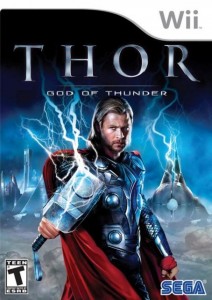 CC:  With Thor, gameplay seems to be pretty fast-paced and heavy hitting, but there are also some features that aren’t in the PS3/360 version of the game. Can you tell us a little bit about some of the exclusives for the Wii version?

CB:  The only thing we really share with the next gen systems are some story and character similarities.  Everything else is pretty much unique. The Wii version has flight levels, Midgard (Earth) levels, Rune collection to enhance combat, Motion Comics and even the 30 minute episode of Thor from the new Mighty Avengers cartoon on TV.

CC:  Is there a particular part of Thor that your team enjoys playing the most (like an office-wide favorite level), or does everyone have their own opinions? And if so, whose opinion is right?

CB:  I think with Thor on the Wii, it’s all about play style.  I am a fan of the Cyclone powers, so you will see me equip those types of Runes and upgrades.  Other people like the Lightning or Mjolnir upgrades, so at any time you would see all these different types of play-styles all over the office. As for whose opinion is right, it is the person worthy enough to wield the power of Mjolnir!  <sorry, couldn’t pass that up> 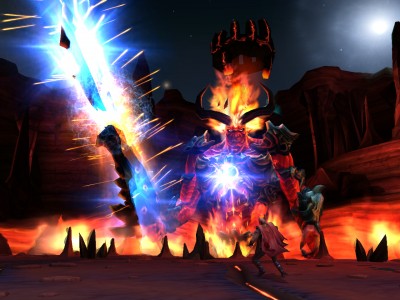 CC:  I think it would be appropriate to finish this up by returning to Mushroom Men (I told you I could ask questions all day). Will we ever see more of Pax and the other fungi folk or would you guys rather work on something new rather than revisit the franchise?

CB:  We would love to reboot that franchise!  Even though MM was well received, there was no marketing behind the title before its release, so a lot of people didn’t know about it.  But we have a ton of ideas to keep Pax in play, so hopefully we can be given another chance to bring Pax back.  Maybe we should start a campaign? 🙂

CC:  I’d be all for it. That’s it for my time with Red Fly. I’d like to thank Chad and James for taking the time to answer all of my questions and Red Fly Studio for creating some excellent experiences on the Wii. Thor is out now for the Wii for anyone with a taste for brawling and Norse mythology (or at least Marvel’s version of it). We’ll all be looking forward to news on Red Fly’s next projects and we’ll be sure to fill you all in when that time comes. 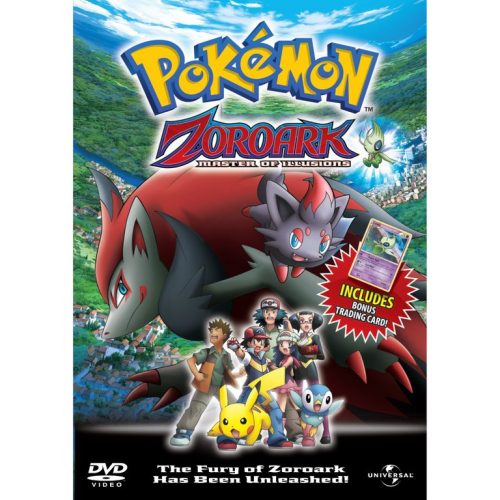