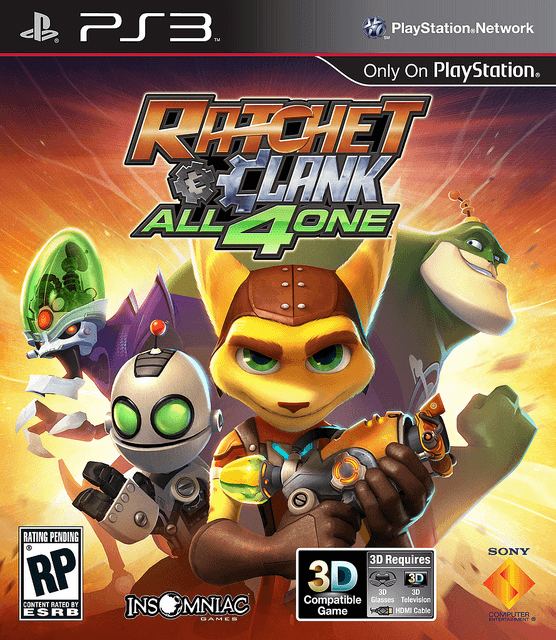 SCEA has announced that Ratchet & Clank: All 4 One’s North American release date will be October 18, 2011.

The cute and fury Lombax and his robot pal will be back for the franchise’s 10th game, and we can expect the same kick-ass weapons, humour and great cinematic style that we’ve come to love since the series launched in 2002. Featuring in All 4 One is the introduction of an on and offline four-player co-op where players can team up as Ratchet, Clank, Quark and Dr. Nefarious!

Also announced is the official box art for All 4 One (see picture).