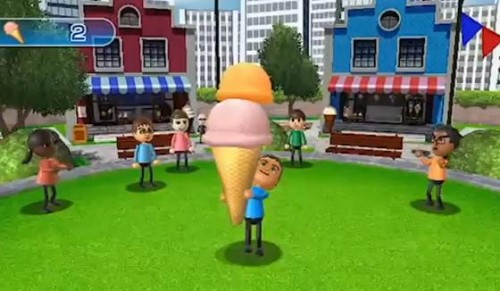 Have you ever had the urge to stack ice cream as tall as a skyscraper, shoot alien spacecrafts, or pull a Mary Poppins and jump into the wind with an umbrella? If you answered yes then you should be elated to know that Nintendo have officially released a trailer for the upcoming Wii Play: Motion.

I know what a lot of you are thinking. “Another PARTY game on the WII!!!!??”. I kind of had that opinion as well, but the clip released today actually makes the game look pretty decent. Using your Mii, players will compete in mini-games to best their competitors scores in several activities. Oddly enough, I can picture myself playing this title as it seems be just a simple game that will be easy to pick up and play, much like the first Wii Play. Wii Play: Motion launches next month but for now you can check out the trailer below and give us your thoughts in the comments section.