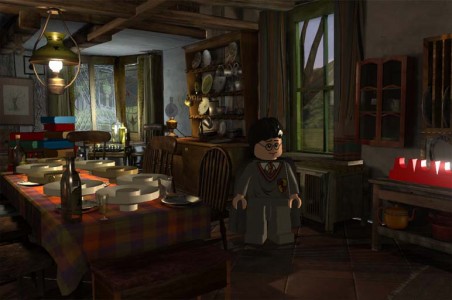 As expected, a follow up game to 2010’s LEGO Harry Potter: Years 1-4 has today been announced by Warner Bros. Interactive Entertainment, TT Games and the LEGO Group entitled (unsurprisingly) ‘LEGO Harry Potter: Years 5-7’. The game, based around the last three Harry Potter books and films will follow the same LEGO family friendly gameplay. So expect the same magical gameplay, lessons and potion-making skills. New locations added into the game will include Grimmauld Place, the Ministry of Magic, and Godric’s Hollow along with new challenges, spells, puzzles and enemies. Not to mention, the highly anticipated final showdown with ‘He Who Must Not Be Named’…Lord Voldemort.