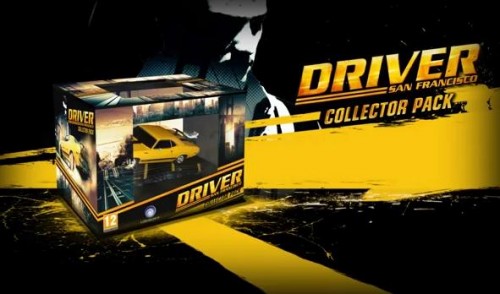 After many delays, Driver: San Francisco is set to release in late August, but off course many of you have been following this entry in the series probably already knew that by now. To go along with the release, Ubisoft are also spicing things up with a Driver: San Francisco Collector Pack, which includes extra goodies such as a replica model of the 1970 Dodge Challenger R/T, a comic book, map of the city with all collectibles displayed, and codes to unlock extra vehicles in the game for multi-player.

With this news of this special edition of the game also comes a new trailer, displaying all of the content that will be sure to make any fan of the series drool a bit as this whole set is done remarkably well. Driver officially releases August 30th in the U.S. & September 2nd for Europe. Until then, you can watch the trailer for all of the aforementioned contents below.