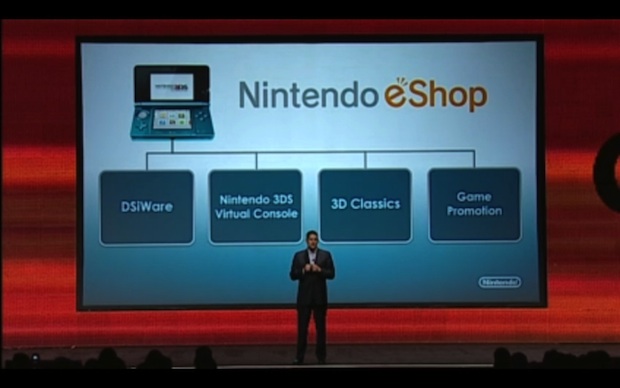 In a disappointing announcement Nintendo has pushed back the launch date for the 3DS eShop. The release of this feature has already been delayed from the initial time it should have been out which brings up the question as to why this feature has been delayed so many times. Originally what should have been included in launch, the 3DS eShop will now be delayed until June 7th in Japan and June 6th in the U.S according to Andriasang.

The eShop will offer DLC, from new titles to classic games from the GameBoy and Game Gear. Unfortunately due to this delay again the feature has been something 3DS owners have been waiting quite some time for. The fact of the matter is that the feature should have been included when the hand held was launched, and the fact that it wasn’t is a bit of a slap to the face to all the 3DS owners who wanted to buy the handheld as soon as it came out. Instead what was offered can be seen as half finished.