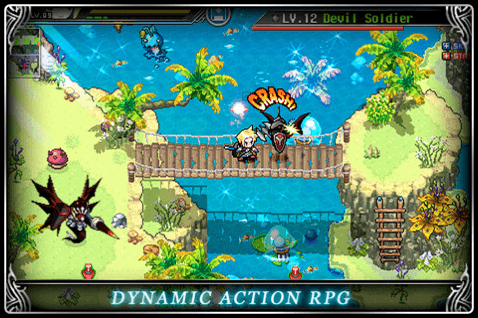 RPG fans looking for a new game to play on their iOS device have got something coming their way. Gamevil is bringing the newest installment of its action RPG series,  Zenonia 3: The Midgard Story has hit the App Store  today. You play as Chael as he searches for what he is destined for and to find out more about his father.

The game boast many features such as 4 different classes from melee to ranged characters with each having 13 active and 9 passive skills in addition to combos you can execute. Some new features in the game include a fairy helper system, a more streamlined inventory system, and 48 Game Center achievements. You don’t need to go in alone as the game features co-op and PvP modes. If a new RPG for your iOS is what your looking for and you really don’t want to spend $15 on Final Fantasy 3 then you can pick up Zenonia 3 which is now available on the App Store for only $4.99