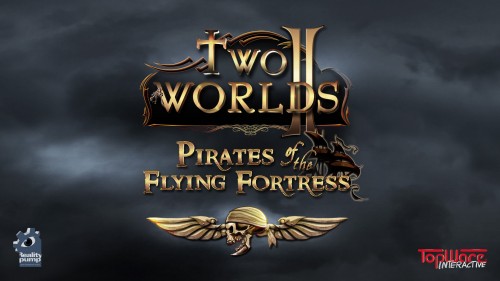 Topware has announced that the first DLC pack for Two Worlds II will be called Pirates of the Flying Fortress. There currently has been no price given and only a little bit of information about the title but with at least 2.5 million copies sold around the world, Antaloor has plenty of different areas to still explore to give fans more of what they love.

Flying Fortress adds a few dozen new weapons, new breeds of houses, a selection of different boss enemies, rain and thunderstorm effects to the weather patterns and of course a new single player storyline. Also added will be new multiplayer maps. Honestly this DLC sounds like a combination of added content and a patch to make the game look better than it does already. When I reviewed the game back in January it was miles apart form the other Two Worlds game and despite being buggy it was truly enjoyable so having more content is always a plus.