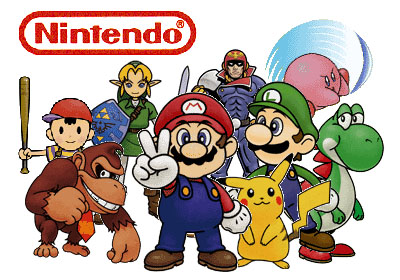 With all the speculation surrounding Nintendo’s successor to the Wii, a simple pdf letter has been released on their official Japanese investors website announcing their next console is due in 2012. While boasting of sales over 85 million since the launch of the Wii, the letter does not hint at any kind of specifications relating to hardware or design. Rumoured features of Nintendo’s next console range from 1080p capabilities, 3D as well as controllers with built-in screens allowing for mobile gaming. Conceptual designs have ranged from the ridiculous with some saying it will look like a Xbox 360 sized SNES through to sleek back designs that resemble modern day routers. Whatever the outcome I always find it much more exciting when Nintendo have a major release, there is always the element of the unknown, the feeling you are going to experience something new and innovative.

Codenamed Project Cafe, Nintendo have chosen E3 as the launch pad, saying they will give more details at the expo as well as have a playable model available for use.

Here is a copy of the simple announcement they made: 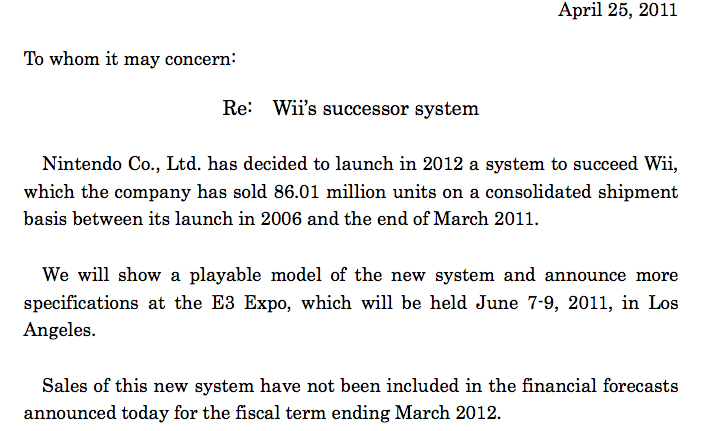