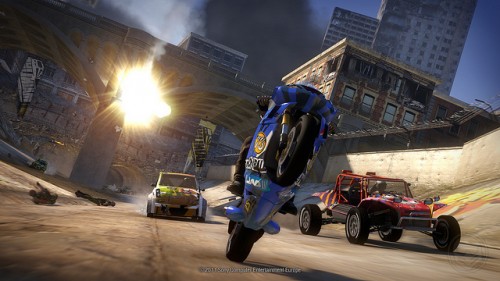 It seems that enough time has passed for Sony to feel that it wouldn’t offend anyone if they released MotorStorm Apocalypse. The title was struck with an indefinite delay after the events that occurred in Japan but it appears that the title now has a release date of May 3rd. The game’s urban destruction theme from earthquakes and other natural disasters struck a bad chord around the world and was delayed.

In an effort to make fans of the series not feel so let down by the delay Sony is providing a Premier Pack DLC voucher for every new copy of the game that is purchased. The Premier Pack adds two exclusive in-game vehicles so… at least there is that.