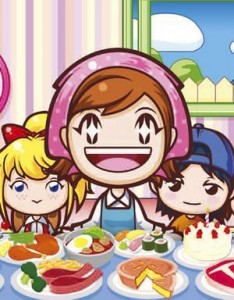 Mama looks to be preparing for quite a busy year…at least according to Gamestop that is. While Cooking Mama 4 has still not officially been officially announced by Majesco, we recently seen a listing on Gamestop.com show that Mama will be making her return to the kitchen on the 3DS. Now however it seems like Mama will also be packing it up and going outdoors this year as well as the retailer have now listed Camping Mama: Outdoor Adventures with a release date of September 1st.

What makes this Mama title different from the previously revealed is that Camping Mama has been listed for the Nintendo DS. Right now however there are no details of how the actual game would work, but I would imagine the mini-games will include such activities as chopping firewood, setting up tents, ect. This is just speculation of course but you get the idea. I’m sure Majesco will chime in soon enough share some info on Camping Mama: Outdoor Adventures and when that happens, we will be sure to fill you in on what this latest adventure for Mama truly holds.