This week on our search to find the worst boxarts, we are going to take a step further back to explore the odd and simply inappropriate covers that graced Mattel’s Intellivision. Now before anyone steps in and thinks that all covers were bad just because it was a classic console, that really wasn’t the case. Most arts were actually really well done for the system due to the fact that at the time an interesting cover was the main thing that would sell a game as there wasn’t any big magazines or promotion aside from television commercials so covers in the late 70’s and early 80’s had to act as the voice for the game.

That being said, there were still some horrible or just simply lazy ideas put to use on the classic console’s covers, so join us as we list off the worst boxarts for the Intellivision.

Beauty and the Beast 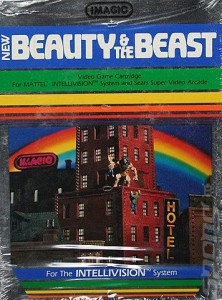 Tale as old as time, Song as old as rhyme, Beauty and the Beast…wait. I don’t see a singing teapot or a happy ballroom for this title. With the Intellivision release of the classic fairytale, a completely different scene was set where apparently Beast decided to just not care if his Princess was in love or not and pull a King Kong while apparently kicking a man off a building. Note that the animated feature was released 10 years after this, but there was still a story to go off of which was clearly not followed and this game just went where it wanted to go. I kind of would have liked to have seen something like this for the Disney re-imagining, but with metal music instead though. Now that would have been a classic for the vaults. 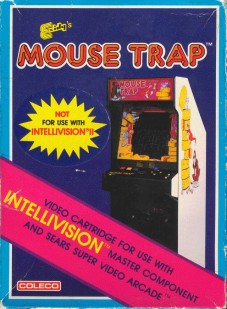 Mouse Trap was originally seen in arcades before it graced the Intellivision and played a bit like Pac-Man. The game was great for it’s time, but apparently the creators of this cover decided they needed to remind players where it came from rather than show just what the actual game would present. Many other titles on the console also got the same treatment as Mouse Trap with just a picture of an arcade cabinet, but with such a great little game it is hard to see why more effort didn’t go into it’s box art representation. 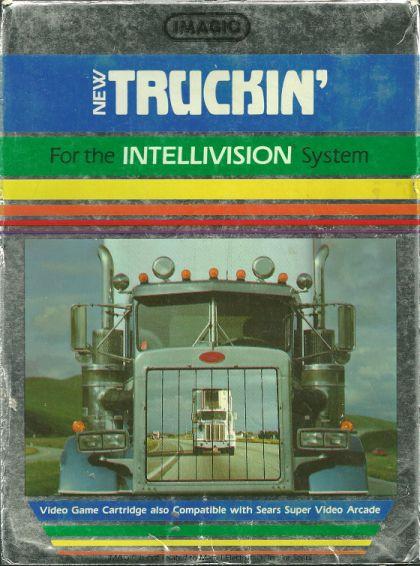 As soon as I see the cover for truckin, I am quickly reminded of a popular meme. “I’m gonna put a truck in your truck, so you can drive in your truck”. I guess two is better than one, but this is for sure one of the oddest choices of design for the Intellivision’s vast library. It’s like the creators were arguing who’s rig got to be on the cover, and some brilliant designer stepped in and said “WAIT GUYS! I HAVE AN IDEA!!!” 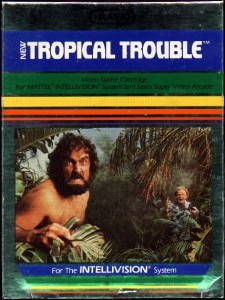 What we have here for Tropical trouble is an angry naked man in what appears to be a jungle with an old woman that seems scared for her life. While this art certainly says a lot, I can’t really say it screams “game” by any means as it seems like an ad to protect your family against angry naked men in a jungle. I have never tried Tropical Trouble personally, but the game actually was a platformer and played out a bit like Donkey Kong. 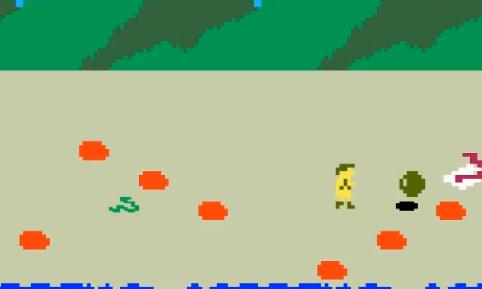 You know, if Donkey Kong dodged fruit, snakes, and other obstacles in the nude. As you can see, he actually does have boots on, so that is a plus, right? 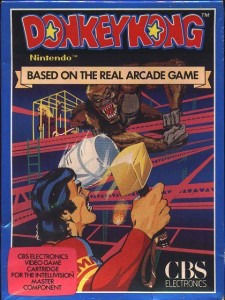 Speaking of our ape friend, he gets to make this list as well. This port of the arcade classic brings a whole new life to what we know about two of Nintendo’s age old mascots. Looking like a Mulleted Thor of sorts, Mario seems to have been the culprit of a pure westernization, not to mention the rabid ape that is supposed to be Donkey Kong. Back then, Intellivision featured quite a few ports on the system which were allowed to keep their standard appearance such as Burger Time but DK just wasn’t as lucky. Thankfully though, we never seen an appearance again from this “special” version of Mario as he retired his ape-crushing golden hammer and disappeared into oblivion for good. 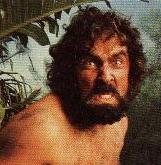 So tell us in the comments below your own opinions of these astounding masterpieces, and join us next week as we fast forward a bit to visit Sony and the many stunning art pieces that graced shelves for the original Playstation.

I told you there were some awesome boxarts on the Intellivision earlier….. 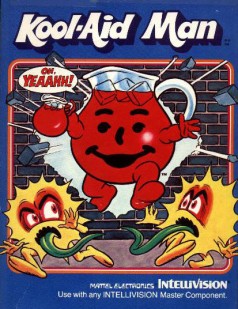 Live stream – Blast from the past 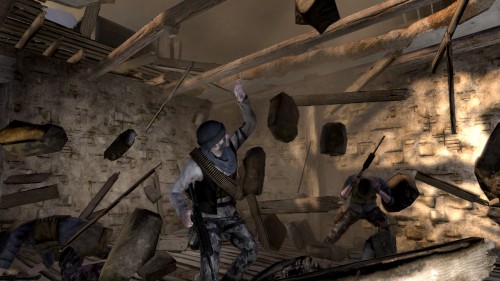