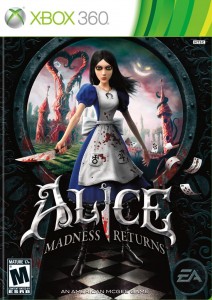 American McGee’s Alice, released all the way back in Y2K, is considered a classic amongst many PC gamers who are grizzled enough to remember dial-up modems. However, Alice: Madness Returns, set to release for Xbox 360, PS3, and PC this June, is probably going to be many players first entry into the twisted mind of Americna McGee. Given that the original PC game currently fetches a pretty penny on sites like Amazon and eBay (when it’s available at all), this probably won’t change any time soon. Lucky for gamers who missed out on the heyday of PC gaming, however, is the news that the second entry of the series will include a code for a downloadable version of the original. Amercian McGee has announced that the original Alice will be released for consoles as a downloadable game and that gamers who buy Madness Returns will be able to redeem the game free of charge. This is an amazing opportunity for gamers who missed out on Alice the first time around to catch up on American McGee’s older work. For those who haven’t seen the gameplay trailer for Alice: Madness Returns yet, check it out below.