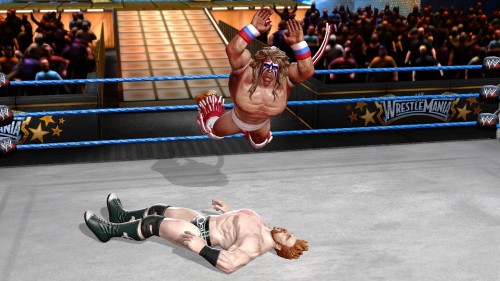 We are just two weeks away from the official release for THQ’s WWE All Stars, and today the company announced that a demo would be making it’s way to both the PS3 & 360 next week on March 23rd. This demo will include two playable superstars, The Ultimate Warrior & Rey Mysterio, which are two fantastic options to go with. The demo will also fully utilize the game’s class system, with Warrior being a ‘Brawler’ and Rey Mysterio being of the ‘acrobat’ class.

This demo will also feature a multi-player as well but it has been confirmed to be offline only, much like the Smackdown series’ demos we typically have seen in the past. This arcadey, larger than life persona this title has taken on certainly has me interested, and with the release coming for just about every system out there (except the DS), I certainly hope it performs as good as it looks.