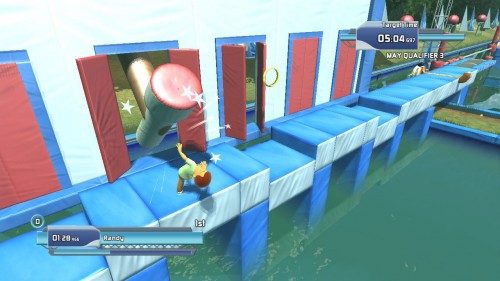 The popular ABC channel game show Wipeout will be getting a game outside of the Wii this time. Activision has acquired a licensing partnership with ABC and the show’s producer Endemol to bring us Wipeout In the Zone for Kinect. Wipeout is a widely popular obstacle course game show where contestants must navigate the course with the fastest time in order to advance.

The game will feature the “infamous ‘Big Balls'” that the original show is known for and often jokes about as well as 30 different obstacles that make Kinect users have to dive, dip, duck, dodge, and run through every obstacle that they come across. Unfortunately from the looks of the first screenshots released for the game it bears a striking resemblance to the previously released free XBLA game Doritos Crash Course… just with Kinect use added in. 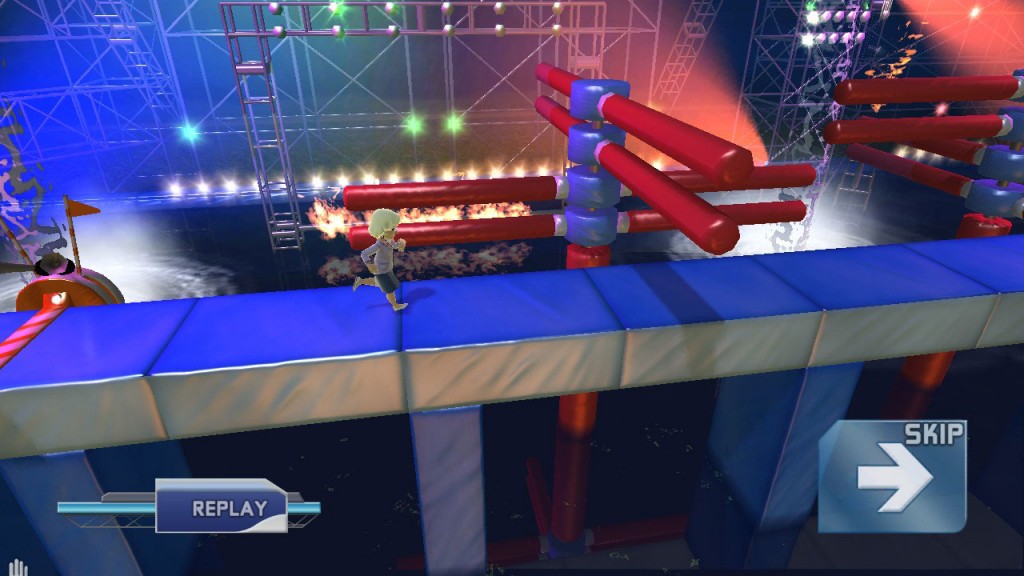