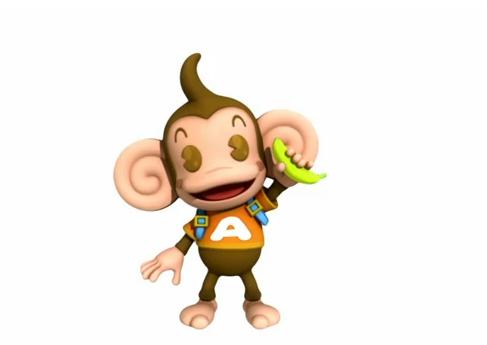 AiAi and his monkey crew are preparing to make their debut on the 3DS’ launch date, and Sega has now released a new trailer to show off gamers a bit of what can be expected from Super Monkey Ball 3D. In my opinion, trailers for 3DS titles don’t show off the full aspect of 3D games due to the 2D presentation, but this new one for Super Monkey Ball certainly places us in a colorful world with some crisp visuals that really make this title seem like it will be a standout release on the system’s launch.

This new adventure will let players use either the gyroscope or circle pad controls to guide the monkey of your choosing through the hectic and colorful landscape, gathering bananas as you go. It has been quite a while since I have played a Monkey Ball title personally, but I did have quite a bit of fun playing the older titles on the Gamecube a few years back and this version certainly will be a must buy to get me caught up with the rolling madness I have been missing. As I mentioned though, players will be able to get to try this game in all of it’s 3D glory when it releases March 27th. Check out the new trailer below for yourself and let us know what you think as well in the comment section.