Talk about good luck. My first random game was Solaris for the 2600, a space combat game which I thoroughly enjoyed despite having no idea what it was prior to starting this. Now for my second random game I end up with Metroid Fusion, perhaps one of my all-time favorite games on the Gameboy Advance. This is the game that got me into the entire Metroid series. Since I grew up with a Sega Genesis rather than a Nintendo or a Super Nintendo, I never played the older Metroid titles when I was younger. Also, in 2002 when Metroid Prime was released I was heavily steeped in playing Halo with a group of friends every weekend. So when I picked up Metroid Fusion it was for the most part my first foray into the whole series. I don’t think I’ve really played it in a couple of years so it will be fun to revisit it.

Man, the opening cutscene to this game is great. While Metroid games have never really been too much about the story (Team Ninja’s recent entry excluded), I really love the story of Fusion. Samus is investigating a research station when she encounters an alien parasite known as X. Yes, that’s a terribly generic name, I know. Anyway, X infects Samus and uses her nervous system as a host. Federation doctors do everything they can, even having to surgically remove most of Samus’s armor which began to fuse to her body (eh, Fusion, eh? Get it?). Things seem grim for the daring bounty hunter, but suddenly, a cure is found! Can you guess where the cure came from? Why of course, it’s from a cell culture of Samus’s baby metroid, who has now saved her life a second time (the first being in Super Metroid if you haven’t played it). 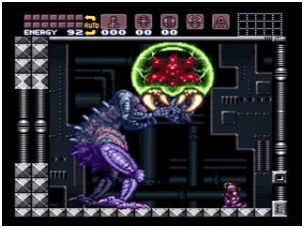 So now Samus in unable to access many of her latent abilities, blah blah, have to recover them, blah blah, it’s basically Nintendo’s way of starting you off from scratch this game. Every Metroid story has one, and this is no exception. I kind of like it even though it makes no biological sense. It’s certainly better than Other M’s excuse of “Because the commanding officer of an army I don’t even belong to said I can’t sneeze without his permission”. (Seriously, what bounty hunter wouldn’t use life-saving technology just because she doesn’t have permission from her surrogate daddy-figure? What CO would even issue such an order??) Most of the sci-fi in this game’s story is much more fi than sci, but it works in that B movie sort of way that gamers have grown accustomed to.

The gameplay is the real star here. Being a direct sequel to Super Metroid, the control is pretty similar. Beam, missiles, screw attack, it’s all standard Metroid fare, but the design works so well with your abilities that it really is just a pleasure to run around blasting aliens. There are some seriously awesome set pieces in this game too, and it has more than its fair share of memorable moments.

Back to that parasite, X, which has infected Samus. As it turns out, it has also been running amok on this station you’re investigating. Basically, after X kills its host, it uses its DNA to mimic whatever it was infecting. So after you kill each enemy in the game, they’ll release the free floating X parasite. Because of Samus’s prior infection and the introduction of the Metroid vaccine, she is not only immune to X but she can also absorb the parasite to regain health and missiles (no, I don’t know how a parasite refills missiles so don’t ask). 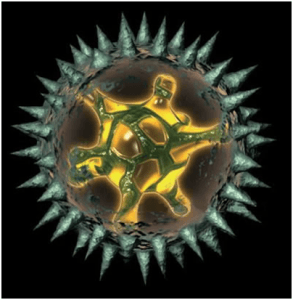 This is one of the X parasites that is exposed after killing a boss.

This creates a couple of mechanics in the game. The first is the aforementioned health/missile refills. Second, it means that whenever you kill a boss, a special X parasite is released which you can absorb to regain some of your missing abilities. This, combined with data transfers from the Federation through specific rooms in the game, is how you upgrade your capability. Finally, there is the SA-X.

The SA-X is essentially an X parasite that is mimicking Samus Aran. Unfortunately for us, the SA-X version of Samus is at full strength with all of its armor and weapon upgrades, whereas as we have one measly energy tank and the plain old vanilla energy beam. Because of this, SA-X is one of the most terrifying enemies I have ever encountered in a video game. Seriously, I think the only time I was more scared in a game was while playing Amnesia: The Dark Descent (it’s terrifying, go play it and try not to scream at least once). There is literally nothing you can do against the SA-X until much later in the game, so whenever you encounter this beastly doppelganger you have two choices: run or hide. Believe me, running from an enemy which is much stronger than you and can easily kill you in seconds while you are completely helpless to fight it is a dread-inspiring occasion (this is exactly what made Amnesia the horror-fest that it is). 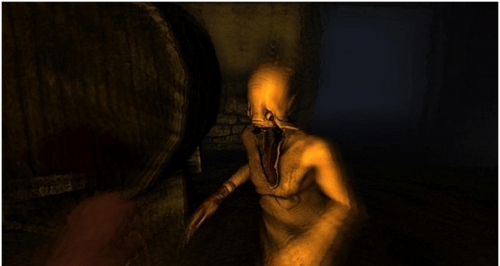 When you see this pop out from behind a corner, you know you’re doomed.

I guess I should also mention that Metroid Fusion has a special feature where it can connect via link cable to your Gamecube with Metroid Prime. This would allow you to unlock Samus’s fusion suit for use in Metroid Prime, and would unlock a playable version of the original Metroid. However, I didn’t and still don’t own one of these cables which is why I’m not too enthusiastic in describing it. It’s definitely a cool idea, and the unlockables are awesome, but it only works for people who bought the link cable (which was only really worth it for Crystal Chronicles).

As I’m playing through it now, I notice that I’m appreciating it so much more after I was disappointed by Other M. To be clear, there were a few disappointing aspects about the newest Metroid, but the biggest one by far was the characterization of Samus as a whiney brat who followed orders from her CO blindly and is incredibly emo. Fusion also focuses heavily on her relationship with her commanding officer Adam Malkovich, whose personality was programmed into the artificial intelligence which is now leading you through your mission.

The difference is that in this game, Samus is dignified and respectable, whereas in Metroid: Other M she completely ruins any credibility she had as a non-stereotypical female character. In Fusion, Samus even clarifies that even though Malkovich would call her “Lady” it was clear that he would do so with respect, a pet name for a woman whom he saw just as much as a daughter as he did a soldier. In Other M you just want to smack the both of them. 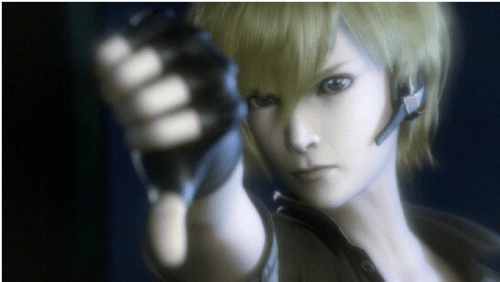 One problem I’m having as I replay this game is that whenever you replay a Metroid game, or even if you’re just playing a new metroid game, the beginning can feel a bit slow. You know what abilities Samus should have, and you find yourself trying to use them or just wishing you could get everything already. This isn’t really a complaint about the game, but I would like to see if someone could pull of a Metroid game where you start off fully powered.

It would kill any need for exploration or finding secrets, but it would mean that it would be an entire game full of the kinds of puzzles, platforming, and combat that you only really see in the last 25% of any Metroid title. Every room could be made extra challenging, and you would have all of Samus’s skills and arsenal at your disposal to make it through a much more difficult Metroid. I definitely think it would be an interesting game for long-time players of the franchise who don’t really need the difficulty curve or introduction to new abilities.

As I just regained the charge beam, I can use this as an example of the type of fan service this game uses. There is quite a bit of it, but you should expect some surprises even with well-known Metroid concepts. For example, as I’ve said before, abilities are regained through absorbing special boss versions of the X parasite. However, when entering the room which holds the charge beam, you’ll encounter a familiar site, a Chozo statue holding a powerup for you. Veteran Metroid players know that these statues were what gave Samus her abilities in previous titles, so one quickly jumps into its claws.

Unfortunately, that’s not how Samus powers up in this game, as the player should have already known. This turns out to be another X parasite mimicking a Chozo (Mimicking a Chozo statue actually. Again, don’t ask me how a parasite can mimic a statue), and touching it triggers a fight with the parasite to regain the charge beam. Somehow I always manage to fall for this trap. For anyone who has played Cave Story, it’s just like the door in the first cave which turns out to be an enemy; it gets me every time. I still think it’s a fun, if not completely logical, little inclusion of something from Metroid lore. 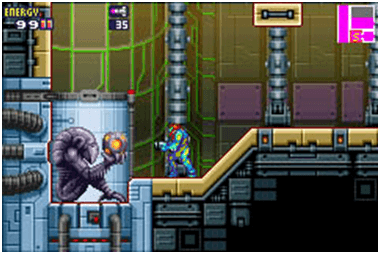 Does nobody ever listen to Admiral Ackbar? It’s a trap!

Everything is incredibly tight and focused in this game. Each new ability feels significant and really makes you feel as though you’re getting stronger until eventually you reach 100% combat capability. There are also crazy secrets in this game. Some are pretty simple, just involving finding hidden gaps in walls or spots to shoot. Others, however, especially those later in the game which require the speed booster, are devilishly tricky, not only to figure out but to actually pull off even when you know what to do.

It’s for these reasons that I have been hoping for the announcement of a new 2D Metroid title, a Metroid 5 if you will (Metroid Fusion is technically 4th in the series, don’t forget Metroid II for the Gameboy). The DS would have been perfect for it, but now with the 3DS releasing soon I’m sure any Metroid games for it would at least be in pseudo-3D if not entirely so. It really is a shame, because as good as the Metroid Prime games were I would hate to see the abandonment of the 2D series.

This is a huge game, and there are tons that can be said about it, but I think most people are fairly familiar with the Metroid series so I just wanted to share some thoughts on why this game in particular is my favorite of them all. Hopefully this string of good luck keeps up. Although I wouldn’t mind taking out some frustration on something that really deserves it. We’ll find out next time…on Dragon Ball Z! No, wait, that’s not right. On the next Arrested Development…no that’s not it either. Well, we’ll just see next time.