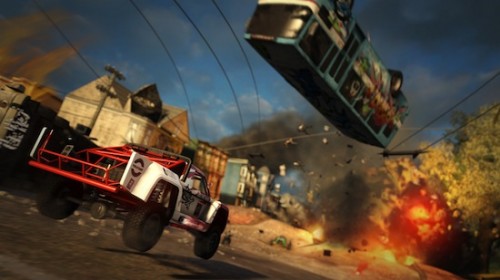 It appears that the delay for MotorStorm Apocalypse is universal. After the announcement of the indefinite delay to the racer in Japan, the launch of the game in the UK was also postponed indefinitely. There was some thought that the game would not be touched in the U.S. due to the fact that the release date itself was three weeks later than other territories but it seems that is no longer the case.

After the devastating natural disasters in Japan, Sony has indefinitely postponed the release of Motorstorm Apocalypse in the U.S. with no actual release in sight. Considering the fact that the game itself takes place in an earthquake ravaged city with devastation everywhere it is perhaps for the best that a game was not released at this time that featured so heavily on the same disaster that occurred in Japan.