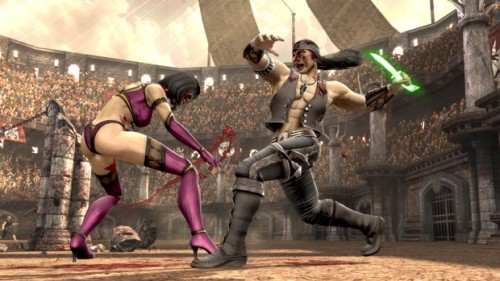 Despite the fact that the latest installment to the Mortal Kombat series was banned from release in Australia due to the fact that it was denied classification, Australia’s next door neighbor New Zealand isn’t quite as blood shy. The countries rating board which is called the Office of Film and Literature Classification (OFLC) has released their rating today and has given the supposedly “hyper-violent” Mortal Kombat an R18 rating.

What this means is that Mortal Kombat will be getting a release on store shelves all over New Zealand and will be restricted from purchase to everyone under 18 years old. Australian fans of the game have been very upset, especially Matt, since news of the game being banned was released and even Warner Brothers is set to appeal the ban. New Zealand will be getting the game on April 21st while those of us in the United States will have it on shelves by April 19th.