With just two weeks to go until Lego Star Wars III: The Clone Wars comes out, LucasArts has given fans yet another unlockable character in the game. 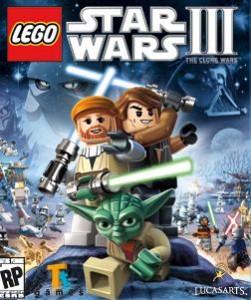 Bounty hunter Boba Fett has been announced as the latest unlockable to grace this upcoming and anticipated title. Known as the galaxy’s most feared warrior when it comes to bounty, players will be quick to utilise his skills in game. If you just can’t wait to play Boba Fett on March 31st though, there’s a way to quench your Star Wars thirst now: on the official website for the game, players can play as their favourite Star Wars characters, solve puzzles with other people, and learn more about the latest game and its new features.

Boba Fett can be unlocked on the website by visiting the official site here, and hitting the Enter key on the keyboard and then inputting the password, SARLACCFOOD. The website also has brand new screenshots showing vehicles in the game.