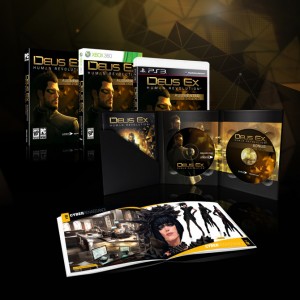 Deus Ex: Human Revolution originally had a release date for sometime this spring but unfortunately the game was pushed back. The reason for the delay was unspoken and there was no new release date given which left fans of the series sitting in the dark and hoping that the game would still arrive this year. Thankfully it seems that Square Enix will be able to get the human revolution on track for a August 23rd release date in the US and August 26th elsewhere.

There will be two versions of the game released for retail purchase. The standard edition will cost $60 on the PS3 and Xbox 360 while the PC version will cost $50 which is more or less the standard but what isn’t standard is the Augmented Edition which runs for $10 more on each version. The Augmented Edition comes with an art book, bonus dvd, a graphic novel and various in-game bonuses. It seems that the delay for Deus Ex will most likely help boost sales and if they take the extra half a year to polish the game it will certainly show in the final product.