Arenanet, the studio behind the highly regarded ‘Guild Wars’, share news on the new crafting system implemented in their latest offering; Guild Wars 2.

Like with most MMORPGs, the game features a system that has players buying, selling and trading goods and materials in order to create equipment for personal use and/or gain. In Guild Wars 2, all players are able to gather materials from foes, nodes, the environment and existing items. Though, not all players can craft every item. In this game, players can only have up to two crafting professions per character, which the developers say is to maintain player interaction and trade.

To gather materials there are a few methods available to players. These are –

Each crafting profession makes a different kind of set of items. These vary from armour to weaponry and even into foods. The professions are noted below –

What makes Guild Wars 2 different in it’s crafting, compared to most major MMO titles, is the way the crafting is done. Players have to be in a radius around a crafting station which pertains to their profession, for example; a blacksmith would use an Anvil. When you use a crafting station, you are presented with an interface that allows you to combine a number of items in your inventory in order to produce a new item. What also differs from most existing MMORPGs is that you do not require a recipe to craft an item, and if you successfully craft an unknown item, it will be added to your discovered recipes. Though, there are some recipes that cannot be found in this method.

For more information on crafting, visit the GUILD WARS 2 Blog. 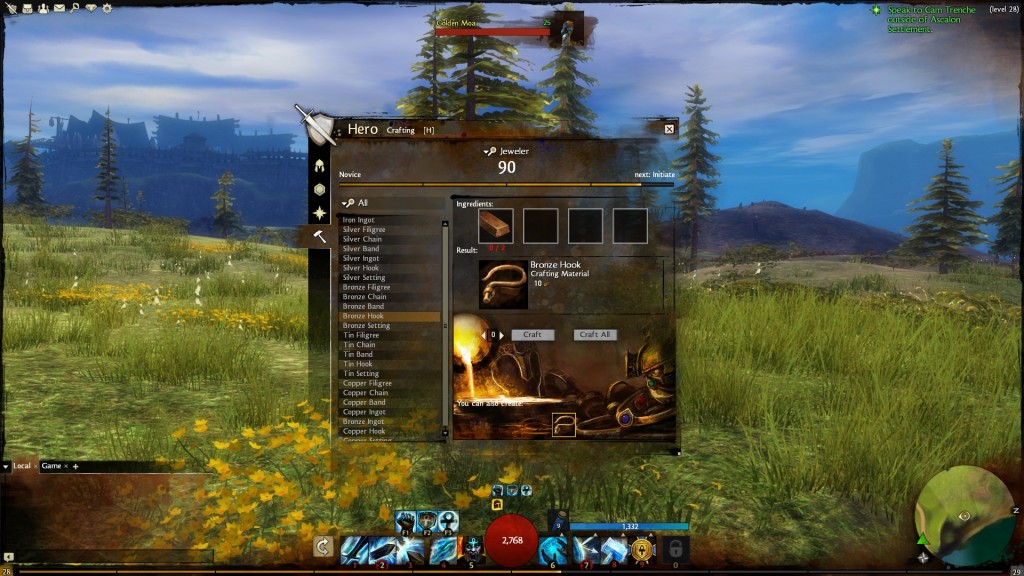 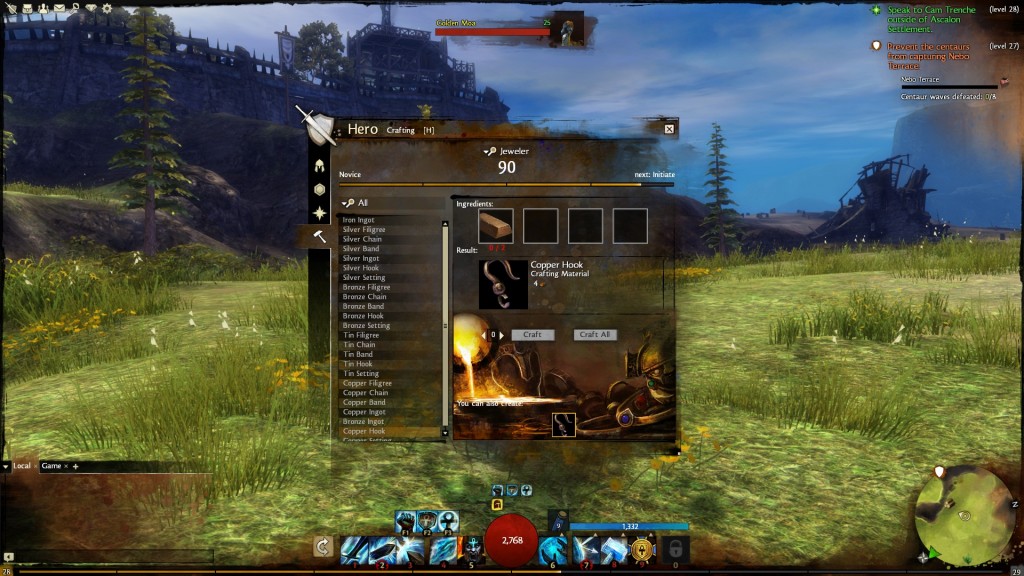