Ever wanted your own pet worm?

Well, how about one with huge eyes, a funny accent and a bazooka in its floaty armless hands?

After fifteen years of Worms video games, Team 17 are finally offering their invertebrate IP to worldwide licensing agent AT New Media. Put simply, this means we can expect to see Worms merchandise in stores in the near future.

I hadn’t thought of it until I heard this news, but the absence of a merchandising campaign for a franchise like Worms, a video game staple since 1995, is really quite strange. With such quirky characters, cutely designed and bursting with personality, the potential for plush Worms toys and figures is a huge untapped market.  Even the weapons have more personality than some video game characters, with classics like the Sheep, Concrete Donkey, Holy Hand Grenade, Banana Bomb, and the dithering Old Woman. I can’t wait to see what merchandise options they come up with for this one.

While the 3D iterations lost some of the finesse of the earlier 2D games, the franchise has reverted back to the old 2D gameplay, to become top-selling titles on the Playstation Network, Xbox Live Arcade, WiiWare, Nintendo DS, Steam and iOS platforms. With a strong merchandise line behind it, the franchise is likely to go from strength to strength. And maybe then I won’t be the only one wanting a pet worm with homicidal tendencies. 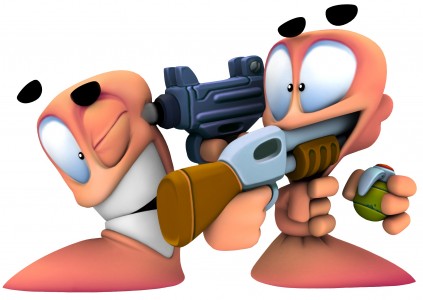 Why Apple will take over the world