If you recently bought the extremely limited Super Mario All Stars 25th Anniversary Edition when it hit the Wii late last year just for the collector’s value, then this might be bad news. Otherwise, if you were one of the people who grabbed a pitchfork and were ready to mob Nintendo as you missed your chance at getting a copy, then you should now rejoice as retailers such as Toys-R-Us & Gamestop have now began re-listing the Super Mario All Stars for pre-order on March 13.

Nintendo printed a very low supply of the compilation when it hit stores back in December, which left the fans who didn’t pre-order a copy mostly left out. Just recently, the title has been put back up on Gamestop & Toys-R-Us‘ websites available for pre-order. Gamestop have since removed the link though so I have a feeling Nintendo are getting ready to announce this reprint and as usual, these retailers might have jumped the gun on listing the game. The price is still planned to be $29.99 as well and it still includes all of the same content that the first run had. For all the people that hoarded copies to hold onto until later, sadly this also means your sealed diamond in the rough is now worth $29.99 at the moment as well. I do expect this print to be quite “limited” as well, but I am sure we will find out more when Nintendo officially announce this second print. 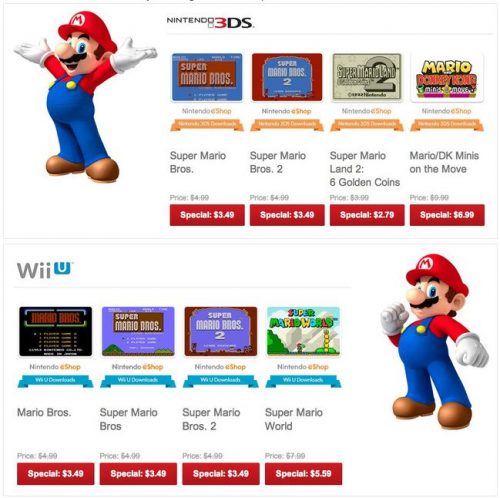