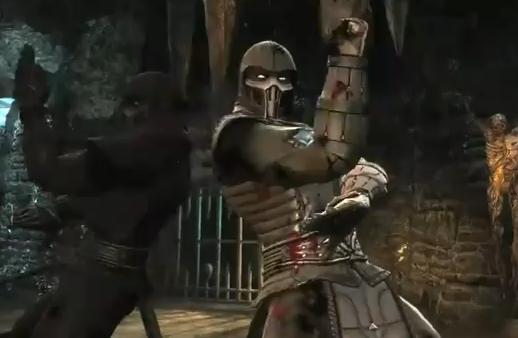 We still have about six weeks to go until the release of Mortal Kombat, but eager fans now have a trailer showing off the mysterious and popular Lin Kuei, Noob Saibot. Now if you have played Mortal Kombat Deception, you were probably aware that it was revealed that Saibot was actually the original Sub-Zero which was thought to be dead after the events of the first title in the series, later becoming a wraith and the character he is today. When it comes to having a rich backstory in the series, Noob Saibot stands above just about all others due to how complex he has been built up since debuting in MK II as simply a “new warrior”.

As for the trailer itself, it appears Noob has all his classic moves, all fully re-animated into the game’s brutal style, cracking ribs and teleport-slamming opponents into the dirt. I am thrilled to see that Saibot made the cut myself, now I am curious how his storyline will evolve once more in the series. For now though you can check out the trailer below for yourself to see the shadow assassin in action.