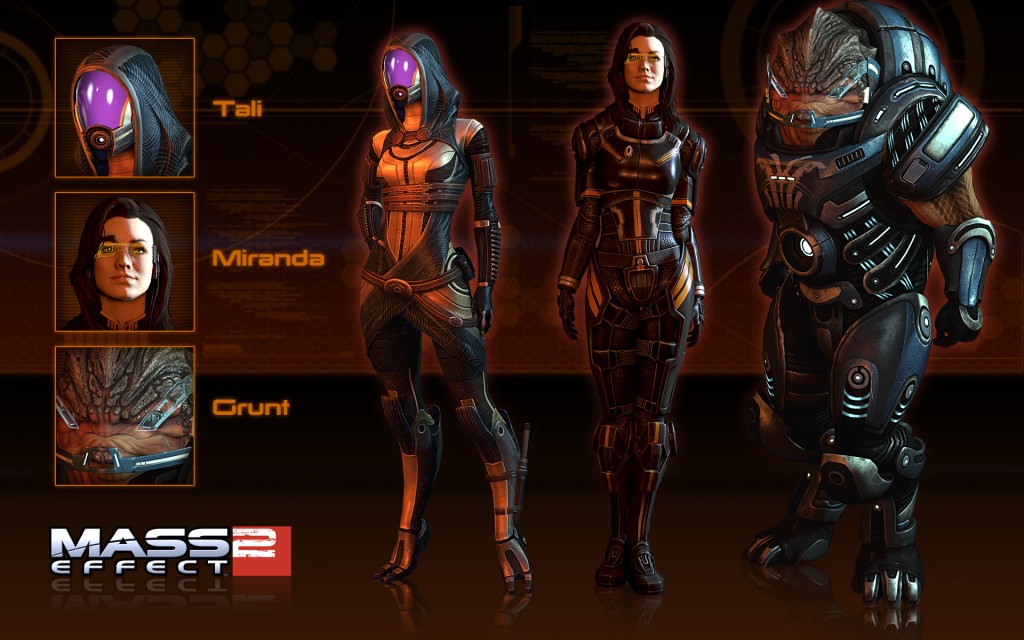 BioWare has a brand new Mass Effect 2 DLC coming down the pipework. Now don’t get your hopes up, it isn’t a story pack add-on, instead it is a costume pack which will give three characters on your team the chance to have another outfit to wear. This DLC marks the second pack which gave Jack, Garrus and Thane a new outfit. This one however will provide a new outfit for Tali, Miranda and Grunt.

Tali only ends up getting a change in her coloring however, which is a lost opportunity as it could have been possible to make a transparent helmet so we could have finally seen her face. Definitely would have made the DLC a sure buy for many. On the other hand however Miranda picks up new armor that actually looks like something somebody would go to battle in, as well as a visor for her face. Grunt rounds out the group with a headpiece of his own that cover each eye and plenty of lights to make him hard to miss in the dark. Now there hasn’t been a price announced yet, but the DLC pack will arrive in only a couple of days on February 8th, so we’ll find out the cost then.