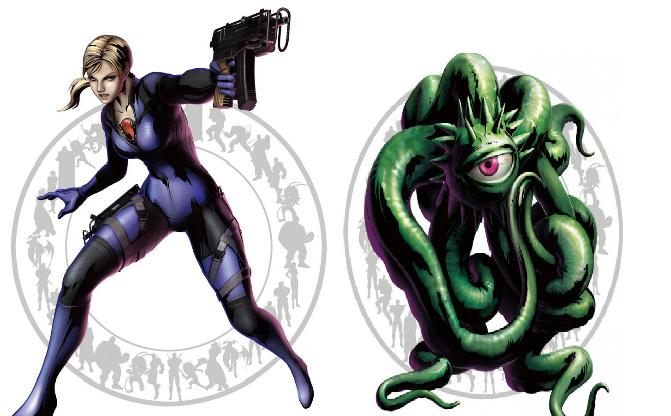 For those of you who managed to already order a the special edition of Marvel vs Capcom 3: Fate of Two Worlds, you should already know that the steelbook set comes with two extra characters, those being Marvel’s Shuma-Gorath & Resident Evil’s Jill Valentine. If you played Marvel vs Capcom 2, you should be aware that Jill and Shuma-Gorath were strong members of that booming cast, and it looks like they will both be a force to be reckoned with in this sequel.

In the screens below, the first thing you might notice is the costume choice for Jill is straight out of Resident Evil 5 role in which she had the P30 device on her chest, her sleek new battle suit, and of course the cyro bleached hair. Shuma-Gorath on the other hand looks about the same aside from an updated model, but both are sure to be very popular among fans. Remember if you don’t get the special edition of Marvel vs Capcom 3, Capcom will be releasing both characters just a few weeks after the game launches (but of course at a price through either the XBLA or PSN via DLC) on Feb. 15th. Check out the shiny new screens below and let us know if you will be throwing down with either when the game is released.