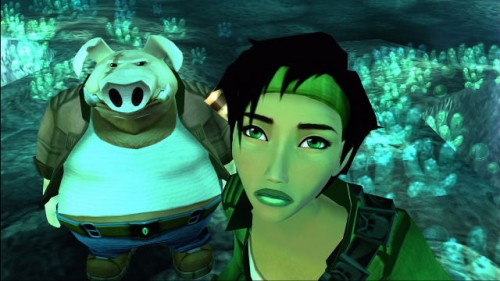 You didn’t think that we would let the remake of such a great game of Beyond Good & Evil slip under the radar here now would you? Neither did Microsoft as they have included it in the Xbox Live Arcade House Party and boy is it a game to save near the end of the party. Ubisoft didn’t forget about the game either because they just released a brand new trailer for the game which they are calling Traitor.

Beyond Good & Evil was originally only available on the Xbox, Gamecube, PC and PS2 and achieved quite the following in its day. This HD remake has smoothed out the characters and provided the achievements that everyone loves. You will be able to pick up Beyond Good & Evil HD on March 2nd for only 800 MSP ($10). Currently the game is exclusive to the XBLA.