Feel like getting a taste of a game that hasn’t even been released yet? Well first of all you need an iPhone, if you have that then you are golden to enter Com2uS’ newest open beta. They are looking for some Beta testers to their upcoming game Zombie Runaway which looks to take the whole zombie idea and put a new spin to it.

Rather than killing zombies or running away from zombies, you are the zombie. More importantly you are the only zombie left alive and the humans are out to destroy you so that they can finally abolish zombies from the face of the Earth. Now you can’t just let that happen now can you? Nope, as you will be using various items to avoid the different obstacles that they throw at you and survive.

If you want to enter into the beta then take a look at the image below and follow the steps on it to get yourself right into the beta. 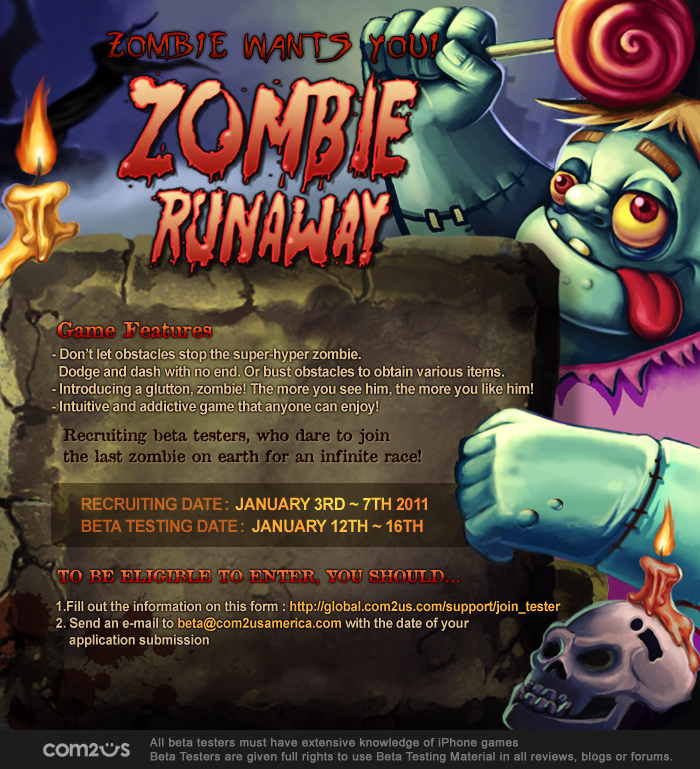