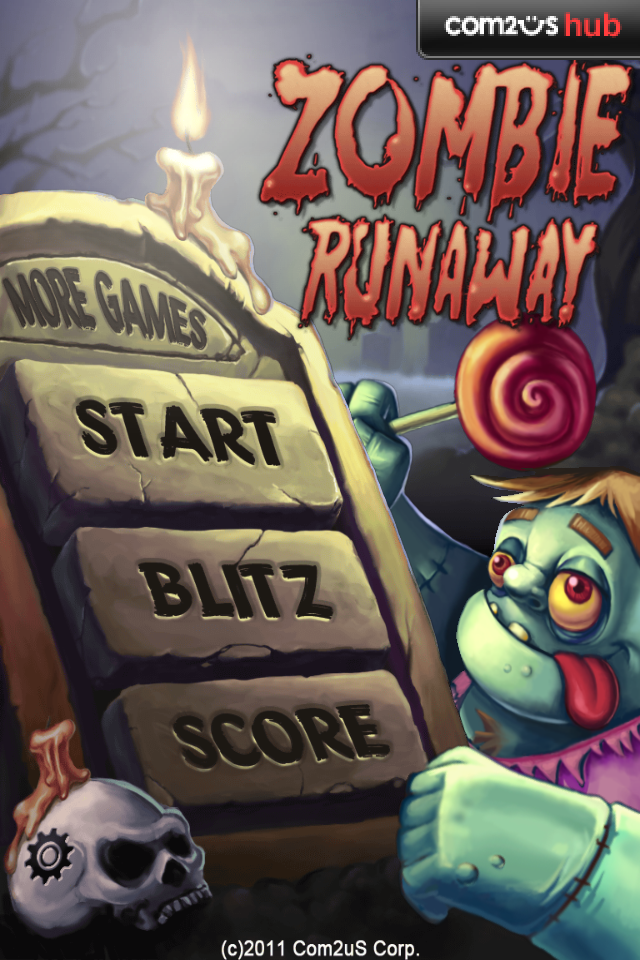 I know we all like shooting, bashing, bludgeoning, slicing, smashing poor defenseless zombies around as it seems like it’s the normal video game thing to do nowadays, but this time around Com2us have come up with a different take on things.  Why not control the poor Zombie as he’s running away from all the crazy people wanting to kill him.  Will you make it out of the cemetery alive errr well not alive but undead or will those pesky tombstones, spiked barriers and stone walls put an end to your lifeless existence once and for all ?

Zombie Runaway is a casual pick up and play game that’s certainly very easy to play and quite addictive but very hard to master.  You play as a chubby looking gluttonous zombie running away as fast as he can, from what – who knows but it’s your job to guide him through the cemetery as far as you can collecting as many power-ups and coins as undeadly possibly.  Gameplay is very simple, you have three control buttons – Move left, Move Right and Jump.  You start off running at a casual jog, gradually picking up speed the further you progress through the cemetery, along the way there are obstacles such as tombstones, spike barriers and stone walls that you need to dodge or jump over.   You also have gold, silver and bronze coins that you pick up along the way that will increase your score and also unlock specific achievements as well which in turn unlock cool looking costumes for your zombie.  There are also power up that Mr Zombie can pick up that will allow him to smash through any tombstone or wall in his way.  Once you pick up a power up it is encouraged to hit as many tombstones as possible as that too will give you bonus points towards your overall score. 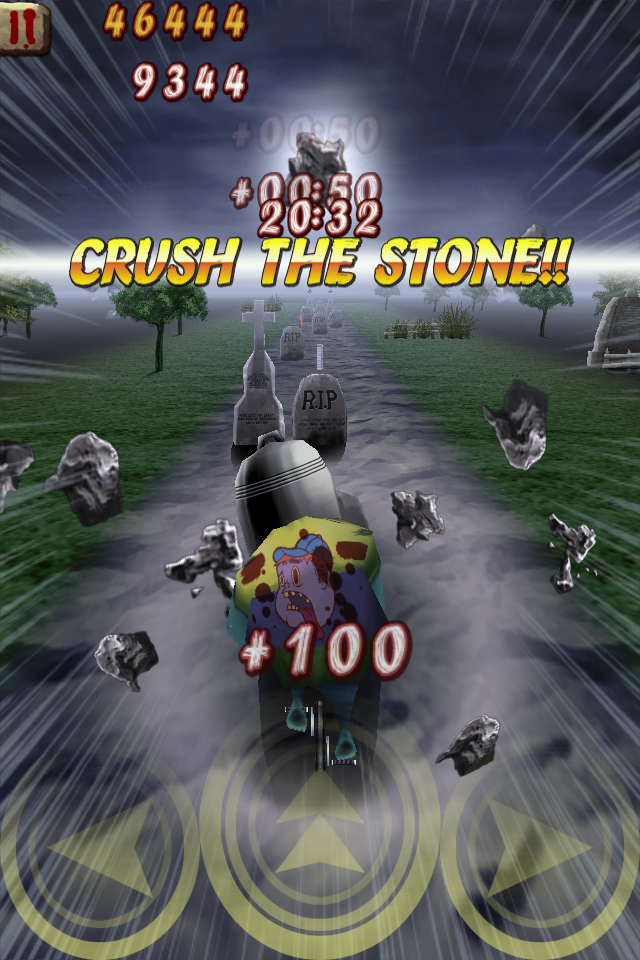 You start with a health bar consisting of three hearts, you can collect more hearts along the way that can replenish your life so you can run away that little bit further.  The game does end when you’ve smashed through one too many tombstones or if you run into a spike barrier.

As we’ve fully previewed Zombie Runaway click on the play button below and watch the game in action as I discuss in further detail everything there is to know about the game.

Zombie Runaway will be running into the App store in not to distant future.