Gamesloft the makers of top-quality and dare I say awesome mobile games, now brings us ‘Zombie infection 2’ for JAVA based mobile devices. It’s a sequel to 2008’s ‘Zombie infection’ which later spawned a 3D remake on the popular iPhone, swapping the top-down side scroller to a full 3D third person shooter.  Zombie infection 2 for the mobile sports the same look and feel of the first game, but with sharper visuals and improved controls case and point look at the explosions! 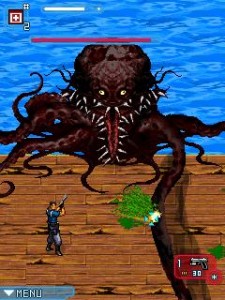 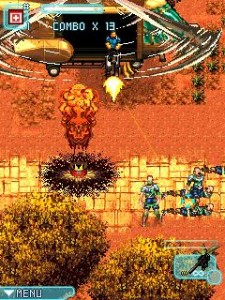 The setting of the game has moved from the urban environments of the first game to the dense tropical jungles of Brazil with levels varies between the jungles, mines and secret labs. Unsurprisingly, the game features a lengthy story mode featuring three playable characters each providing different gameplay scenarios, for example stealth and vehicle sections, in search of the source and a cure of the infection. The story is initiated well with cut scenes and a fully fledged storyline, interesting characters and situations helps to keep the action flowing at a good pace. Gamers looking for a quick action fix will be pleased by the game’s quick play option, allowing for quick and easy access to the zombie shooting fun. More weapons have been included this time including the flamethrower and melee weapons. 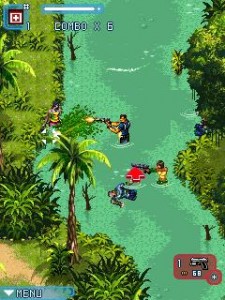